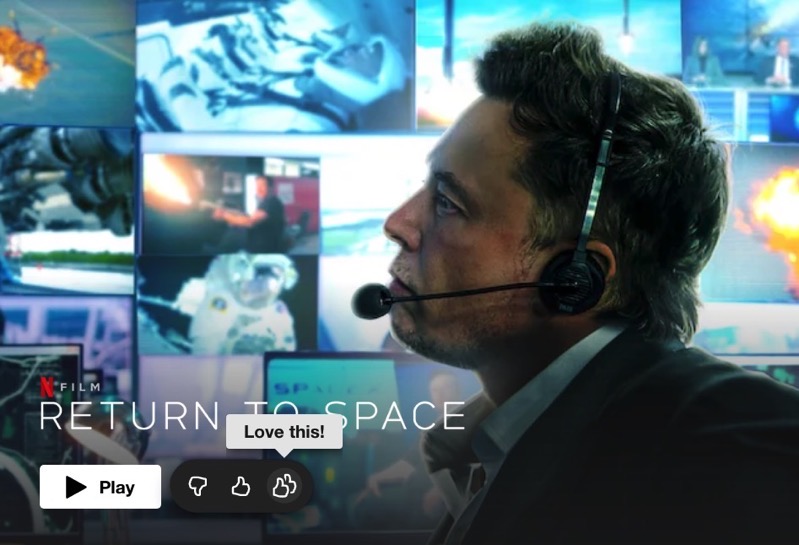 Netflix has launched a new two-thumbs-up rating system on Monday, rolling out across its mobile and smart TV apps and the web.

There are now three rating choices for a title. The thumbs down means titles won’t get recommended again. A thumbs-up means the service will recommend similar content. But the new two-thumbs-up rating, which results in a “Love this!” rating, means “we know you’re a true fan,” according to the Netflix mobile app

Netflix told Protocol it had been working on this new rating system for roughly 1.5 years ago, after subscriber feedback indicated the existing ‘like’ and ‘dislike’ rating system wasn’t good enough.

“We were hearing from members that ‘like’ and ‘dislike’ was not sufficient,” said Christine Doig-Cardet, the Netflix lead of its personalized UI product innovation team, speaking with Protocol. “There were some shows that they really, really, really enjoyed. Differentiating between what they love and what they like was important.”

The streaming service tested both a heart and two-thumbs-up option through a series of A/B tests last summer and fall. The heart is how you ‘like’ on Twitter and is also popular on Facebook, so Netflix though this idea would win, versus the two-thumbs-up option, which in the past was made popular by famed movie critics Siskel and Ebert.

The results of the tests? The two-thumbs-up rating scored higher than the heart, surprising Netflix designers.

As of writing, the new two-thumbs-up rating system is live in Canada on the web (as you can see in our screenshot above), but the iOS app doesn’t show it just yet; that should change shortly this week.