As pointed out by TechCrunch, a new chrome extension by the name of “Netflix Party” lets long distance friends watch movies and TV shows together on Netflix. The extension basically allows viewers to sync their Netflix viewing session across time and space, while also adding a group chat sidebar. The feature resembles Xbox Live’s Netflix Party, only this is all happening in a browser window instead of your TV. 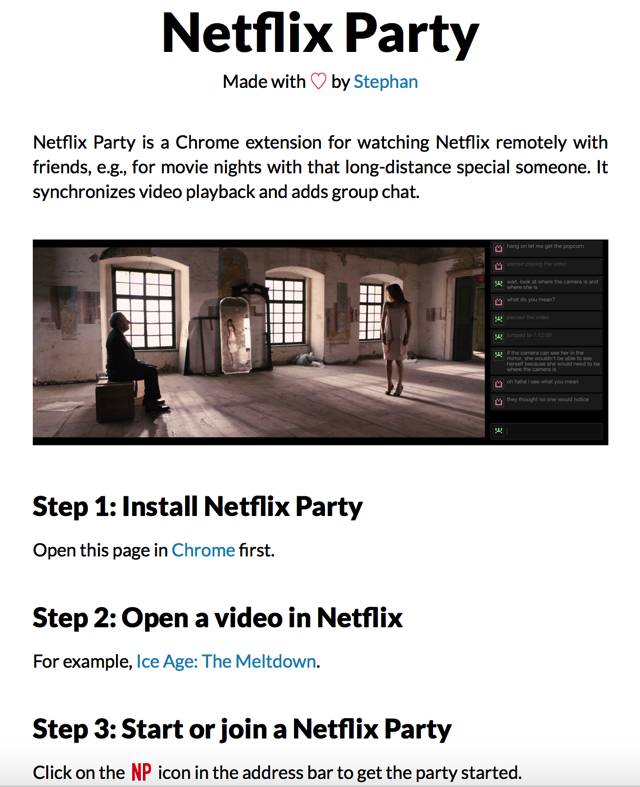 It must be mentioned that the extension is not officially released by Netflix, so proceed with installation at your own risk.

Simply download the Netflix Party chrome plug-in and start watching a video on Netflix. The plug-in then becomes active automatically and creates a sharable link.

Give it a go and let us know how this works for you.

Sony and PlayStation are kicking off 2023 with a brand-new marketing initiative. Thanking fans for their patience worldwide as the company faced supply chain hurdles, PlayStation is launching its "Live from PS5" spot and announcing an increase in console supply. In a PlayStation Blog post, Isabelle Tomatis, VP of brand, hardware, and peripherals at Sony...
Steve Vegvari
22 mins ago