We posted about Netflix the other day and how their Canadian operations are on schedule to turn a profit in the third quarter. Within that post it was revealed that more people watch Netflix on their Apple TV compared to almost 15 million iPads.

Today on the Netflix blog they posted performance results in charts from the top ISP networks in Canada and the USA.

Take a look at the following charts and compare the number of ISP networks in Canada in contrast to our neighbours down south (4 versus 16!): 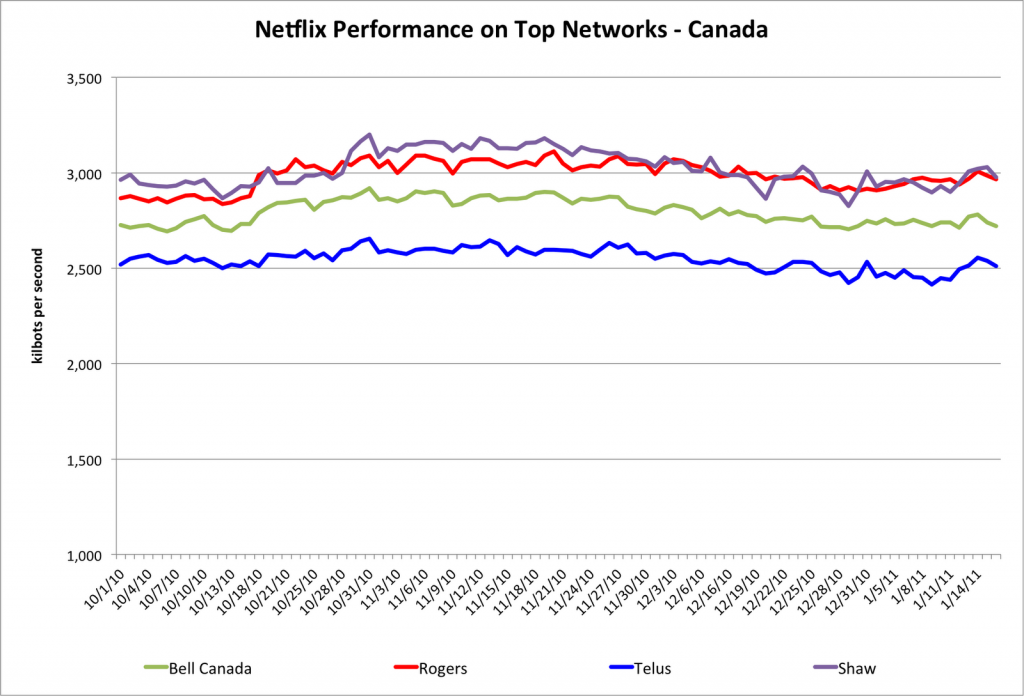 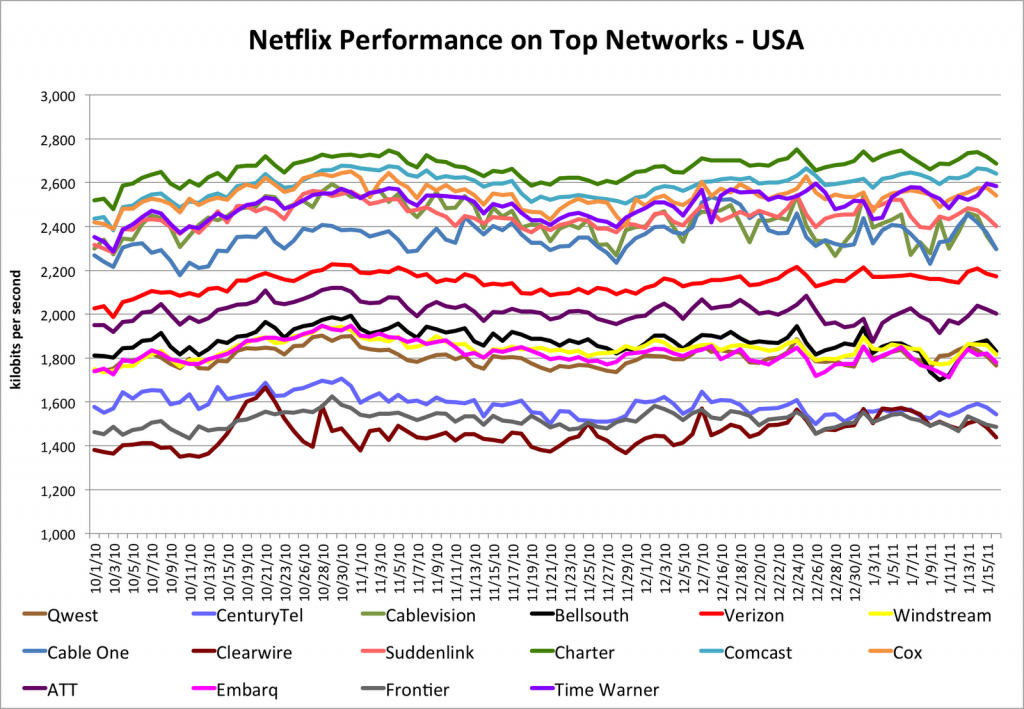 In the metric below, weâ€™re filtering for titles that have HD streams available, and for devices capable of playing HD streams (which also filters out mobile networks), to highlight whatâ€™s achievable in terms of HD performance on the various ISP networks. As you can see, Charter is in the lead for US streams with an impressive 2667 kilobits per second average over the period. Rogers leads in Canada with a whopping 3020 kbps average.

Sure, our Canadian population is tiny compared to the US, but it’s sad to see the limited number of top ISPs in our country. Canadians also have a much smaller Netflix library compared to the US. However, with time and continue support the library will only get better.

Kudos goes to Rogers for leading Canada with the highest download average. Now if only theirÂ 3G network could have comparable performance.

Click here for a free one month trial of Netflix Canada.

Here are the latest Canadian cellphone plan and device deals, plus other promos from wireless carriers such as Rogers, Telus and Bell, from our partner PlanHub. As always, the promos may change at the last minute, but here they are as of Wednesday, November 30, 2022. Check them out below… Bell Noticeable price changes: Get iPhone 14 […]
IIC Deals
24 hours ago