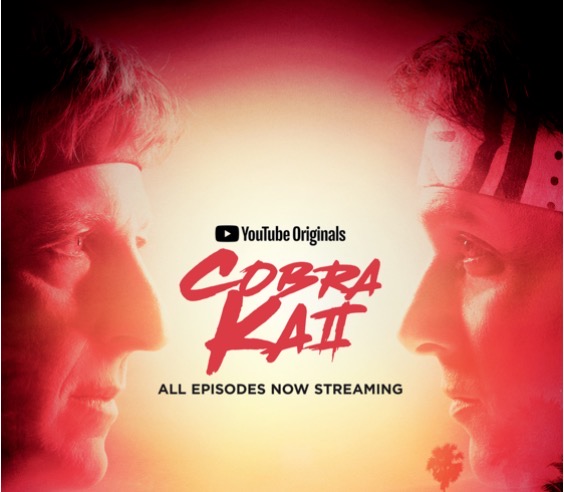 Netflix has announced it is the new home of Cobra Kai, the popular series based on the continuation of the iconic film, The Karate Kid.

Executive Producers Josh Heald, Jon Hurwitz, and Hayden Schlossberg said in a statement, “Making Cobra Kai has been a dream come true for us since day one,” adding, “We are beyond excited to join our new partners at Netflix and look forward to the show reaching the massive global audience who loves this franchise as much as we do.”

Previously, the only way to watch Cobra Kai was to subscribe to YouTube Premium at the cost of $11.99 CAD in Canada, but soon you’ll be able to watch the first and second series on Netflix, with the third to follow at an undisclosed date.

“We can’t wait to introduce a new generation of fans to Cobra Kai and are thrilled to be its new home around the world,” said Brian Wright, Vice President, Original Series, Netflix.

We’re rounding the corner into another month and Bell Media today has shared its list of what’s new on the Crave streaming service for February 2023. February is Black History Month and Crave has highlights featuring Black creators, talent, and cultural figures with various curated special collections. One upcoming title is the TSN and Crave Original […]
iPhoneinCanada.ca
57 mins ago