Netflix is Testing a ‘Shuffle Play’ Feature on TV Devices 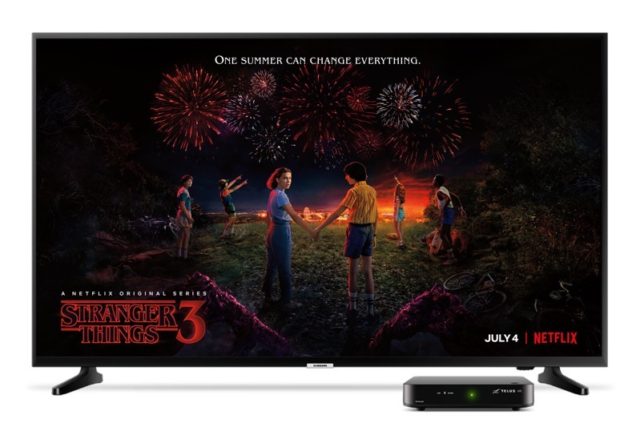 Netflix is launching a worldwide testing phase for a new ‘Shuffle Play’ feature. A Shuffle Play button has been seen by many users on multiple TV devices.

I’m sure at one point or another, you’ve found yourself scrolling through Netflix, unsure of what to watch. According to TechCrunch, Netflix may be testing a solution to put an end to those indecisive moments. The company has introduced Shuffle Play as a big button upon logging in. When choosing which profile to use, users can hit the button and Netflix will begin playing a randomly selected title. Netflix told TechCrunch that the feature is being tested to help users “quickly and easily find content that’s tailored to their tastes.”

The titles that may be selected are often movies and shows a user is currently watching, has on their watch list, or is comparable to something they have watched in the past.

My TV has a Netflix shuffle play option. The definition of chaotic evil.

Lol Netflix now has a “shuffle” button. This is something I needed that I didn’t even know I need. pic.twitter.com/JEEsF65Bc0

While Netflix has confirmed that the ‘Shuffle Play’ feature is the only variation currently being tested, the company has not confirmed whether or not it will be available to the wide audience. Netflix has said it must continue to collect feedback from each test and compare results before making a final decision.