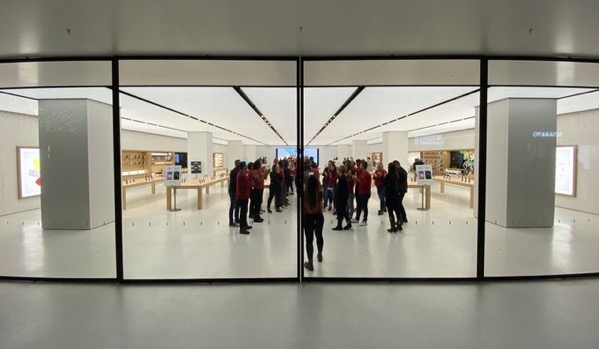 Apple has opened its new Apple Store inside the Eaton Centre in Toronto, Ontario, this morning at 9am local time.

The new ground-level store is double the size of its original location previously located on the second floor. With the new expanded store, Apple shoppers now have more room to browse products, along with new dedicated spaces for Today at Apple sessions.

Check out some of the images shared below by users on Twitter:

The new Apple Eaton Centre. It’s more than double the size of the crowded original store upstairs. This is one of two new downtown Apple Stores. A flagship Apple Store is under construction at Yonge & Bloor and opens in 2 years. pic.twitter.com/cb1RqLswLE