Tensor is the first system-on-chip (SoC) designed by Google, which will make its first appearance in the company’s next-generation Pixel 6 and Pixel 6 Pro flagship smartphones set to release later this year. 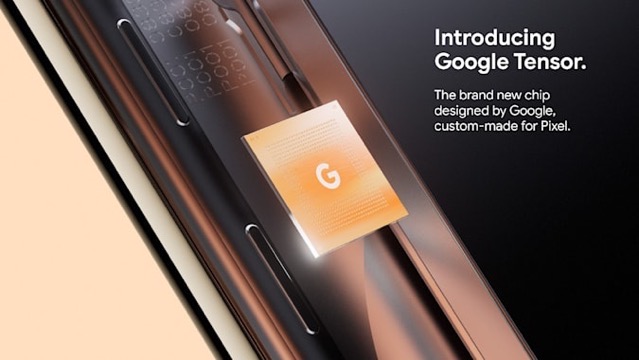 Google CEO Sundar Pichai noted in a statement to Engadget that Tensor has been “four years in the making and builds off of two decades of Google’s computing experience.” The company also says its new computational processing for video feature debuting in upcoming Pixel 6 phones was only possible with its own mobile processor .

Tensor is an obvious nod to the company’s open-source platform for machine learning, TensorFlow. The chip is powerful enough to run multiple AI-intensive tasks simultaneously without a phone overheating, or apply computational processing to videos as they’re being captured.

The company isn’t giving away all the details about the processor yet, nor is it sharing specific information about its latest flagships now. But “there’s a lot of new stuff here, and we wanted to make sure people had context,” Rick Osterloh said. “We think it’s a really big change, so that’s why we want to start early.”

You can learn more about the development of Google’s new Tensor mobile processor at the source page.

Any shred of mystery Google was saving for its Pixel 7 series launch event on Thursday, October 6, likely dissipated when a detailed and legit-looking spec sheet for the two phones leaked online over the weekend (via 9to5Google). Apparently, a mobile carrier in Taiwan prematurely shared the spec sheet for Google's Pixel 7 and Pixel...
Nehal Malik
10 mins ago