KCBS news and traffic reporter Ron Cervi has posted new images on Twitter and Instagram of Apple’s “Spaceship” campus, revealing that a lot of work has been done since last month. 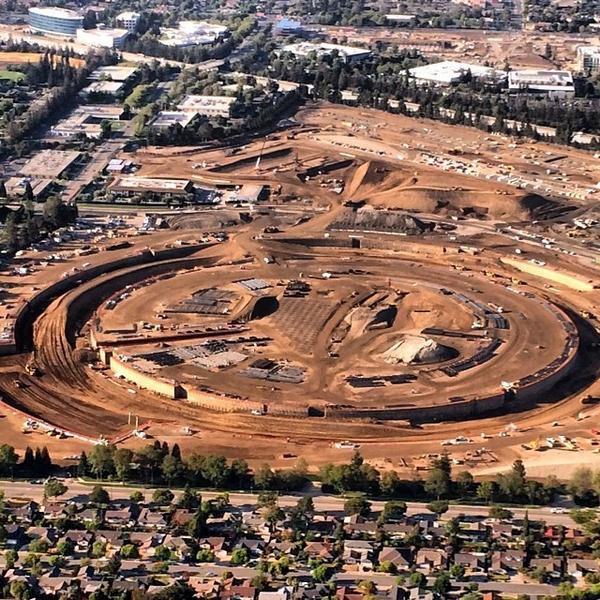 Back in June, another set of images documented construction as the wall started to go up. Since then, the workers have already finished building the perimeter walls housing the foundation of the campus.

The Apple Campus 2 will be located close to the company’s Infinite Loops headquarters, and it will stand out with its impressive 2.8 million square-foot “spaceship-like” round building. It will also sport an underground parking facility and a park located in the centre of the campus, among others.

Apple’s Chief Financial Officer at the time, Peter Oppenheimer, described the concept of the building last October as one focusing on collaboration and fluidity. “It will offer a truly open system space,” he said.

The Apple Campus 2 will add roughly 41,000 jobs to Santa Clara County and will generate an annual surplus of $11 million for Cupertino.

Elon "Chief Twit" Musk on Thursday announced another move in his ongoing reform of Twitter, saying that the company will soon start telling users if they have been "shadowbanned" on the social network and providing them with an avenue to appeal the restriction. The news comes after journalist Bari Weiss published the second installment of...
Nehal Malik
1 hour ago