A new Apple patent published today by the US Patent & Trademark Office (USPTO) has revealed a new compact MacBook keyboard design that provides a removable key or set of keys that are usable as a separate input device like a mouse, a pointer, or a joystick (via Patently Apple). 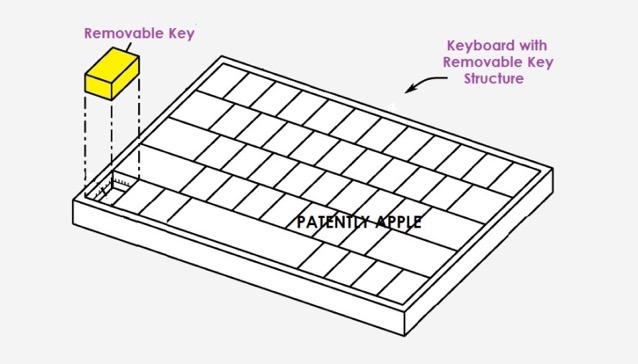 The filing notes that the specialized key can be removed from the keyboard and can comprise input and sensor features configured to receive a “click” input from a user and to track the position or movement of the deployed key as it moves across a tracking surface. 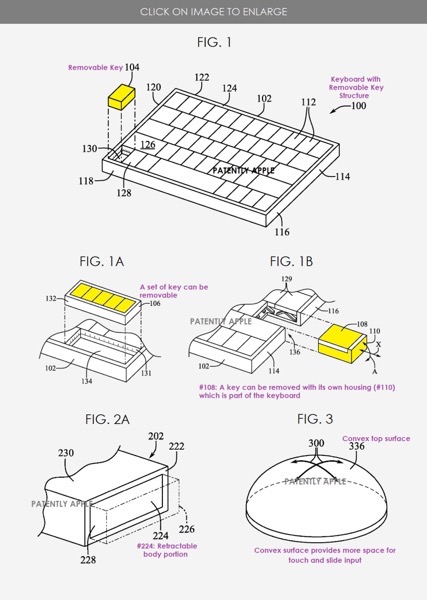 The removable key can comprise features and elements that enable the key to operate as a mouse or other remote input device, such as an optical tracking sensor.

Some aspects of the invention relate to a computer input system having a keyboard apparatus with a controller and an input device that is removably attachable to a housing of the keyboard apparatus among other key switch mechanisms.