New MacBook Pro Keyboard is Noticeably Quieter Than its Predecessor 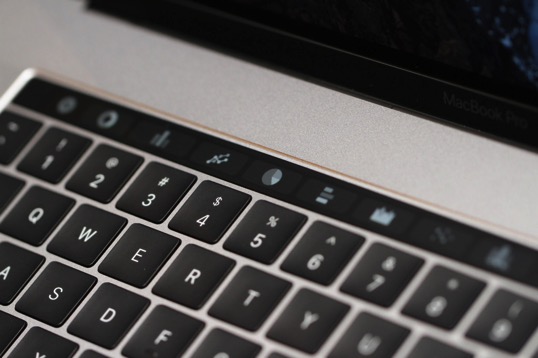 Apple is updating its MacBook Pro line with 8th-generation Intel CPUs, new RAM and storage options, True Tone screens, a new T2 subprocessor for security and encryption, and much more. Regarding the controversial third-generation keyboard on the new models, TechCrunch has just confirmed that it is noticeably quieter than its predecessor.

“I can say definitively that the keyboard is noticeably quieter than its predecessor. I wasn’t able to get a side by side comparison yet, but as someone who uses a Pro with the second-gen keyboard every day, I can confirm that the improvement is immediately apparent.

That addresses one of the key complaints with the system and should make life a little easier for users who regularly bring their MacBooks into meetings — or worse yet, the library.”

However, there’s no improvement in the new keyboards from a mechanical perspective. The butterfly switches remain unchanged, offering the same amount of key travel as their predecessors.

While the exact reason why Apple did not mechanically overhaul the keyboard remains unknown, it is believed that since the reports of key failure have only increased recently, Apple might not have had enough time to rethink the technology.

It must also be noted that the instances of true keyboard failure are still relatively rare in the overall context of the Apple user base. Although the company has already acknowledged the black eye, and has agreed to offer free fixes for impacted systems.