The keyboard on newer MacBook Pro models – those from 2016 and 2017 which use the second-generation “butterfly” switch mechanism – is more likely to develop a fault than previous versions of the laptop. 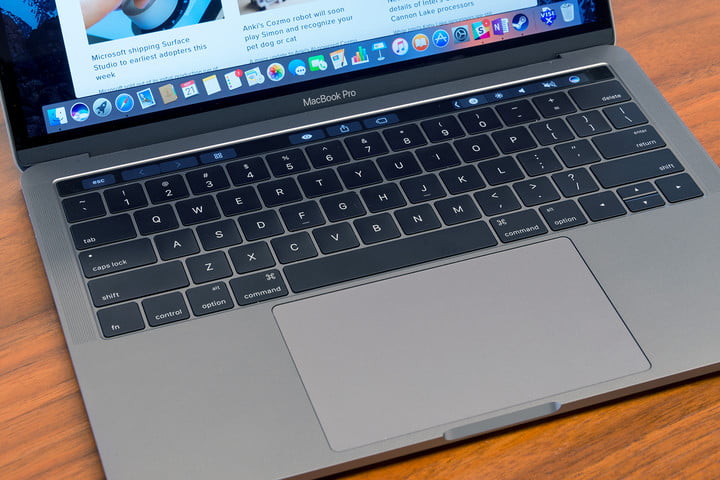 According to a new report from Apple Insider, data collected shows that 5.6 percent of all 2014 MacBook Pro models repaired had a problem with the keyboard in the first year of servicing,  And in 2015, that percentage was nearly the same at 6 percent.

However, when it came to the new keyboard with the aforementioned second-generation butterfly switch in the MacBook Pro 2016, the percentage of service issues relating to the keyboard (not including the Touch Bar) shot up to 11.8 percent, nearly double than the previous year.

According to the data, 2014 MacBook Pro saw 2120 service events in the first year, of which 118 were related to keyboard issues. The 2015 models witnessed 1904 service tickets, out of which 114 were in relation to keyboards.

As for the 2016 MacBook Pro, there were 1402 warranty events recorded, of which 165 were related to the keyboard (excluding Touch Bar issues). It has been added that although there is no full data yet for the 2017 MacBook Pro line up, until now, 1161 service events have been captured, out of which 94 are related to keyboards (excluding Touch Bar issues).

It is important to keep in mind, however, that the data was collected from a limited number of Apple Stores and authorized repair shops – they are not complete numbers for every MacBook serviced in the aforementioned years.

“These numbers come from a small number of Apple Stores and authorized repair shops where AppleInsider has sources who leaked these numbers,” says John Gruber of Daring Fireball. “There are not the numbers for all MacBook Pros in those years. Not even close.”

“All data has been collected from assorted Apple Genius Bars in the U.S. that we have been working with for several years, as well as Apple-authorized third-party repair shops,” reads the report.

This isn’t the first time we’ve heard complaints regarding Apple’s keyboard overhaul; last week we reported on the continued criticism of the less-than-well-received feature.