A new survey released by Credit Suisse found that 18 percent of iPhone 6 and iPhone 6 Plus owners will definitely purchase the Apple Watch. 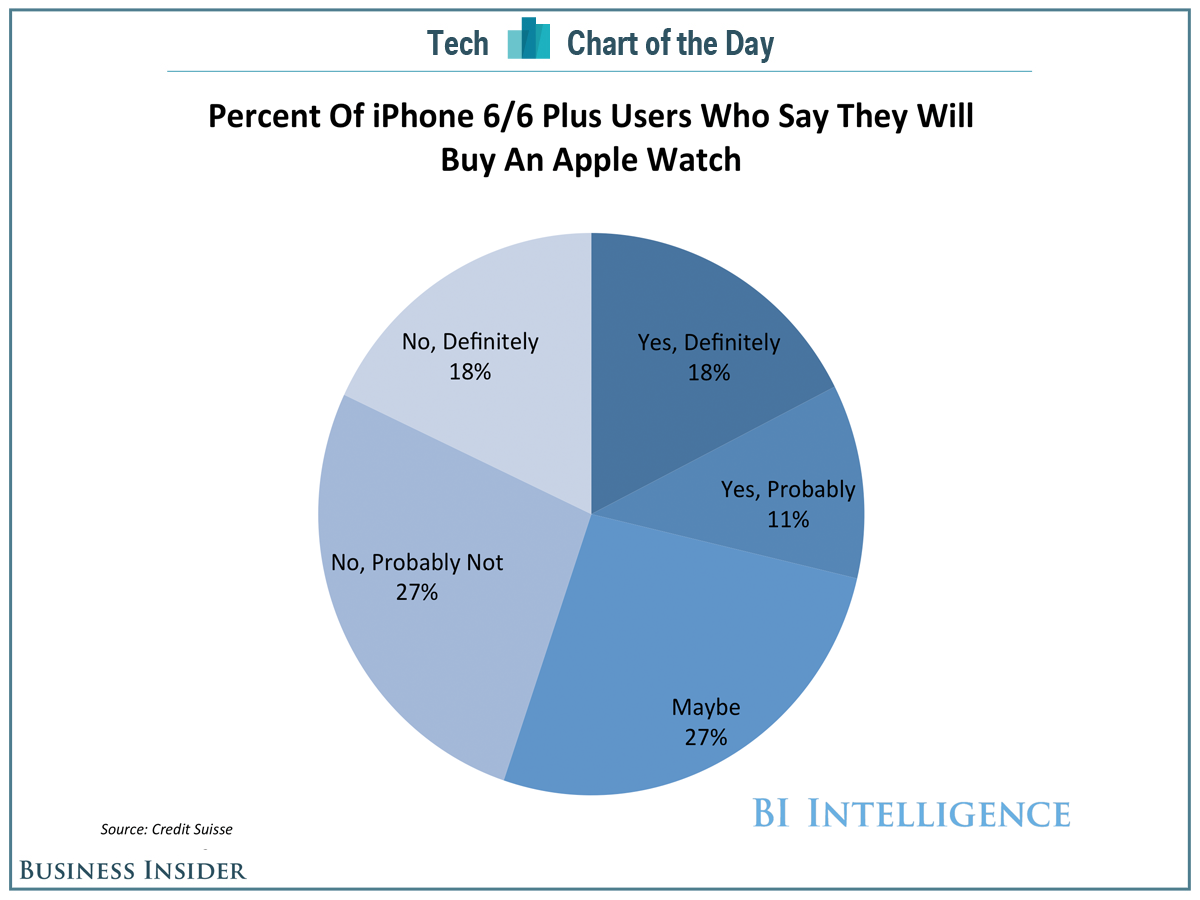 Credit Suisse believes that there will be shortages of the wearable device because of the strong interest levels expressed by iPhone owners.

“Even if one out of every five iPhone 6 owners wants an Apple Watch, Credit Suisse believes Apple will only make about 20 million Apple Watches in 2015, suggesting there might be a supply shortage when the smartwatch goes on sale.”

Apple is scheduled to release the Apple Watch in the United States in early 2015 with a starting price tag of $349. The device will come in three models, including a standard model, sports model, and a luxury 18-karat gold Watch Edition.

Will you be purchasing an Apple Watch? Let us know in the comments below.