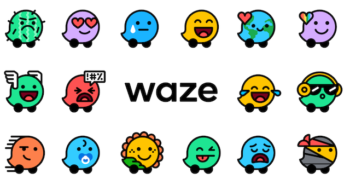 According to Waze, two new standard voices were launched this week to the navigation app. New voice “Sarah” and “Ben”, were cherry-picked by Canadian map editors, said Waze in an emailed statement to iPhone in Canada.

Unlike other voices, such as those of Batman, T-Pain, or Cookie Monster that were chosen by the team behind Waze, these latest voices “were chosen by members of the Waze community”.

In February 2020, Waze held the North American Mega Meetup in Miami, which saw volunteer map editors from all over North America assemble, Canadians included. The community members got to meet with Waze executives and the development teams behind Waze products, present their ideas and concerns to them, and learn about upcoming features.

Waze showcased a few options for new voices to the gathered community members, and asked them to vote for the ones they liked the best. The winners were “Sarah” and “Ben”, which went into beta following the Mega Meetup and are now live on the Waze app.

“The community of map editors has made many new features possible. They gathered information about Canadian toll roads so that Waze could issue alerts about tolls on a route; and continue to help ensure that changes in local infrastructure are reflected in Waze so that recommendations are accurate,” said Waze in a statement.

Waze also revealed that there are about 1,500 active map editors in Canada, all of whom are volunteers. Keep up the good work, you guys!