With the release of iOS 4.3 Beta 1, the Internet has been digging deep into the new firmware. Aside from the new found features, reports have come in that indicate that references of the next generation iPhone have been located in iOS 4.3.

As seen below, the model numbers reference to yet unreleased iPhone and iPad devices. The designations include:

As a reference, the current iPad is marked as “iPad1,1” while the current GSM iPhone 4 carries the “iPhone3,1” model number. The new found model numbers represent the next generation iPad and iPhone, the iPhone of which is expected this summer 2011. 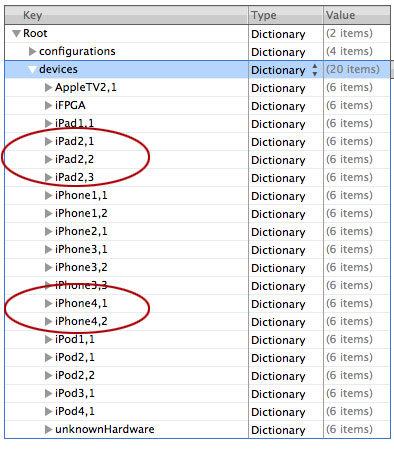