Night Shift Mode in Control Center would be really handy, don’t you think? Apple Canada’s iOS 9.3 Preview page thinks so, as it hints at the toggle on the webpage, as spotted by a Reddit user (via 9to5Mac): 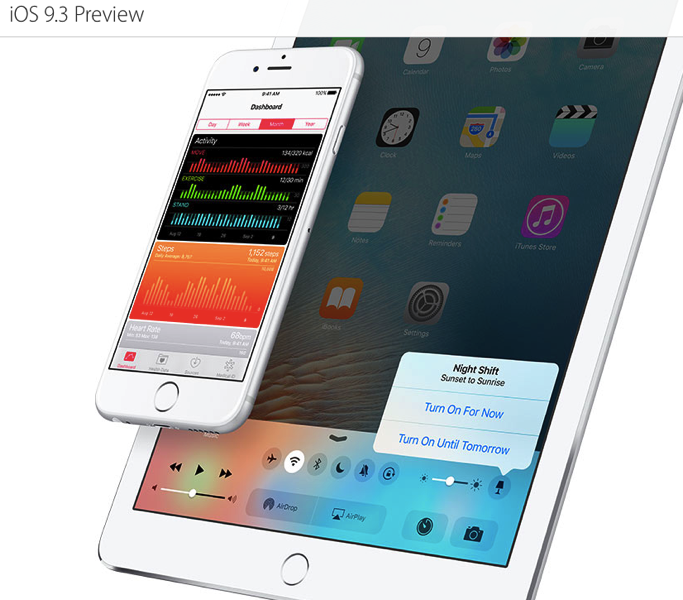 As you can see in the image below, on the iPad, it shows the Night Shift toggle in the top right hand corner, and allows for “Turn On for Now” or “Turn On Until Tomorrow” options. The same U.S. page has a different graphic that does not show Control Center and Night Shift Mode.

Night Shift Mode was added in iOS 9.3 beta, seemingly borrowing an idea from f.lux, which has asked Apple to allow their app into the App Store. Night Shift Mode is said to only work on 64-bit iOS devices.