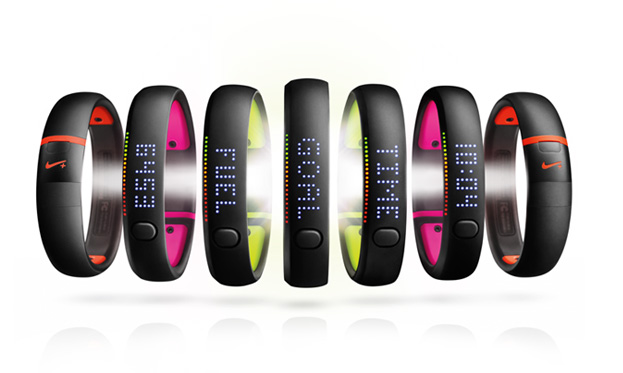 CNET has the scoop on the future of the Nike FuelBand: it’s dead. Apparently, Nike has fired most of the team involved and has reportedly shelved plans to launch newer wearable hardware:

Nike is gearing up to shutter its wearable-hardware efforts, and the sportswear company this week fired the majority of the team responsible for the development of its FuelBand fitness tracker, a person familiar with the matter told CNET.

“As a fast-paced, global business we continually align resources with business priorities,” Nike spokesman Brian Strong said in an email. “As our Digital Sport priorities evolve, we expect to make changes within the team, and there will be a small number of layoffs. We do not comment on individual employment matters.”

The company informed members of the 70-person hardware team — part of its larger, technology-focused Digital Sport division comprised of about 200 people — of the job cuts Thursday. About 30 employees reside at Nike’s Hong Kong offices, with the remainder of the team at Nike’s Beaverton, Ore., headquarters.

The source says as many as 55 people were fired and a future version of the FuelBand—a slimmer model—has been cancelled and all future physical products have been shelved.

Despite the dismantling of the FuelBand team, second generation FuelBand SE sales will continue, the company confirmed.

Signs of the FuelBand team’s demise was first outed on anonymous social network Secret a week ago, as someone wrote:

“The douchebag execs at Nike are going to lay off a bunch of the eng team who developed the FuelBand, and other Nike+ stuff. Mostly because the execs committed gross negligence, wasted tons of money, and didn’t know what they were doing,”

Ouch. This sucks for the employees involved and more importantly, it sucks for existing FuelBand users as the future of updates and support is in the air. Well, one thing to keep an eye out for are sales on the FuelBand SE (it only debuted last October) while stocks are trying to get cleared out.

Update: Nike tells Re/code the FuelBand is still “an important part of our business” and downplays the CNET report, saying only a “small” number of staff were cut:

“We will continue to leverage partnerships to expand our ecosystem of digital products and services, using NikeFuel as the universal currency for measuring, motivating and improving,”

Interpret that for what it means…

Xbox, PlayStation, and Nintendo will reportedly be skipping E3 2023 as the large video game conference returns for an in-person event. Slated to run from June 13th to the 16th at the Los Angeles Convention Center, the three large publishers will not have a presence on the showroom floor, says a report. According to IGN,...
Steve Vegvari
4 mins ago