Nintendo’s latest mobile game title Mario Kart Tour made its debut on the App Store and Google Play earlier this week and hit a record-breaking number of 10.1 million downloads on its first day on iOS and Android combined, app analytics website Apptopia is reporting. 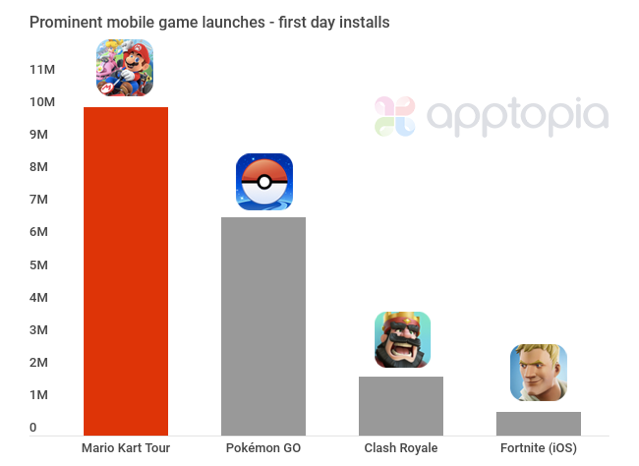 In addition to Mario Kart being Nintendo’s most successful franchise and super fun to play with friends, a huge amount of marketing and promotion leading up to the game’s launch is said to be responsible for these massive numbers.

The one downside to MKT’s launch is the requirement that all players have a Nintendo account. Surely this user data will be valuable information for Nintendo to have but it’s a massive barrier to entry for mobile games in general. Before you can even get to a home screen, you are required to be signed in to your Nintendo account. If you do not already have one, you need to make one and unfortunately, it is not as quick of a process as one would like.

Mario Kart Tour has already hit the #1 overall rank in the App Store in 93 countries, with a 4.7 rating on iOS and a 4.3 rating on Google Play. You can download it using the following App Store link.