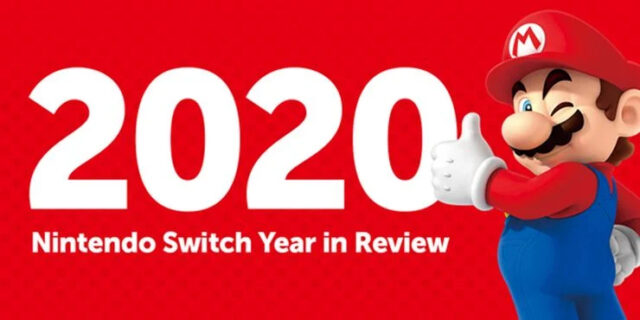 Nintendo Switch players in Canada and the US can now access the Nintendo Switch Year in Review 2020 to reminisce on their time playing games throughout the year.

Before we draw the curtain on 2020, Nintendo has once again released its personalized Nintendo Switch Year In Review for players to look over. By signing into your Nintendo Account, you’ll receive a breakdown of your gaming trends on Nintendo Switch and see how they stacked up again the same metrics in 2019.

Included in the breakdown is a generalized look at your playstyle. For me, someone who invested a lot of hours in Nintendo’s Animal Crossing: New Horizons, Nintendo dubbed me a “Getaway Traveller” for realizing “the potential of a deserted island”. Additionally, a tally of total hours played on Nintendo Switch is featured as well as a look at the total number of games played on the console this year. Both of these categories are then stacked against 2019 results.

Being a stickler for these end-of-year breakdowns, it’s nice to see how in-depth Nintendo goes with their ‘In Review’. You can also find your most-played games and a log of your month-to-month activity. Finally, the breakdown shows how many ‘My Nintendo Gold Points’ you’ve earned throughout the year.

This simple look back is a stark reminder of how strong a year Nintendo has had. Despite COVID-19 hurdles, the company published a large number of exclusive games. Along with the aforementioned Animal Crossing: New Horizons, 2020 saw Paper Mario: Oragami King, Hyrule Warriors: Age of Calamity, Super Mario 3D All-Stars, Pikmin 3 Deluxe, as well as continued support for Super Smash Bros. Ultimate.

LastPass, a popular password manager for mobile, desktop, and more, recently suffered a security breach where an unauthorized party gained access to "certain elements" of customer data using information obtained from a previous hack back in August. The company said in a Wednesday blog post that it discovered unusual activity within a third-party cloud storage...
Nehal Malik
49 mins ago