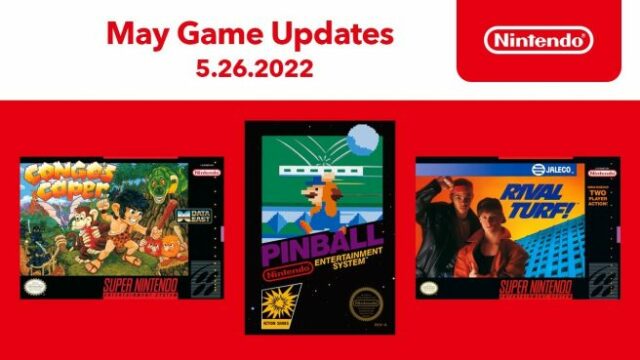 Three new classic games have been inducted into the Nintendo Switch Online catalogue. Subscribers are now able to play Congo’s Caper, Pinball, and Rival Turf as part of the online service on Switch.

Nintendo released a rather interesting update to its Nintendo Switch Online subscription. Introducing Congo’s Caper, Pinball, and Rival Turf, Nintendo has dipped back into the well of classic titles from the NES and SNES era. However, these may not be the high-profile games may think Nintendo would prioritize.

Pinball is widely considered a marquee title for the NES generation. Congo’s Caper and Rival Turf are otherwise deeper cuts from the SNES’ library. Pinball was first released in 1984 and was the first instance of at-home pinball games on a console system. Its streamlined and straightforward adaptation of the classic arcade game holds up nicely for many.

Congo’s Caper is a 1992 side-scrolling platformer, loosely connected to Joe & Mac. It services the gameplay many players expected to see from the SNES at the time, which was true 2D platforming with interesting systems, enemies, and backdrops. It’s probably the more niche title out of the trio.

Finally, Rival Turf is a beat-’em-up action from 1992. It’s the first installment in the Rushing Beat trilogy and sees players in the role of Jack Flak. As the game progresses, Flak crosses a number of territories, fighting street gangs and thugs to rescue his kidnapped girlfriend. The game also offers a two-player mode.

The Nintendo Switch Online subscription service was first launched in 2018. Since that time, Nintendo has been adding tentpole titles from the NES, and later SNES, generation.