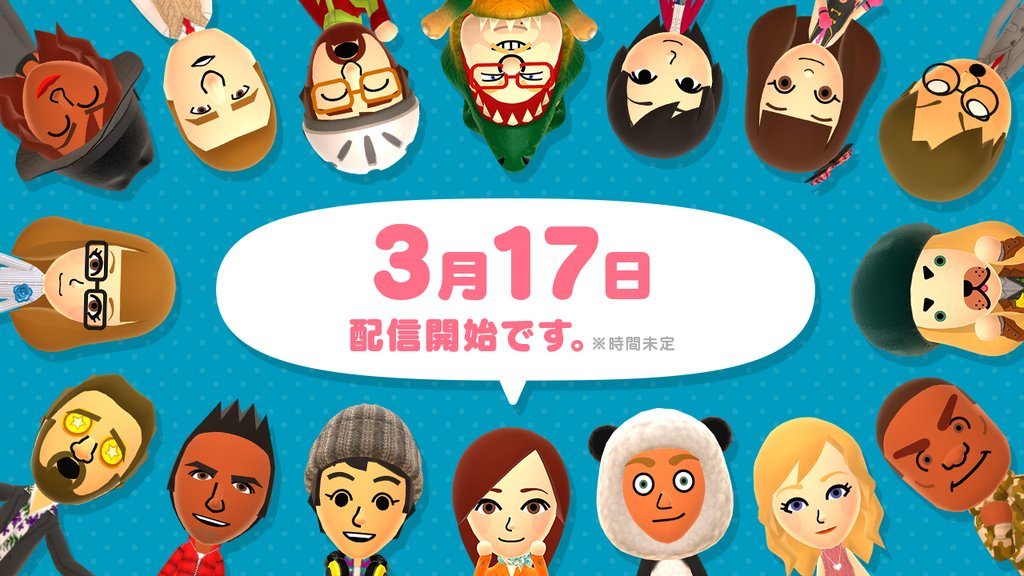 For people in Japan, the anticipation of Nintendo’s first smartphone app will be over soon. The company announced today via Twitter that Miitomo, its long-awaited, free-to-play mobile title, is launching in Japan on March 17th.

The game is expected to have a major social aspect to it, based around Mii avatar interactions between you and your friends. Last year, Nintendo Miitomo was described as:

“A free-to-start communication application that helps friends share fun personal facts and interests. Consumers create and use their own Mii characters to engage friends in a welcoming social environment, answering questions and sharing information to discover more about each other and what they have in common. Miitomo is designed to appeal to a wide range of global smart device users and introduce them to uniquely Nintendo experiences beginning with Miitomo and carried through future applications.”

Nintendo didn’t say when Miitomo is coming to Canada, the U.S., Europe and other parts of the world, but the release can’t be too far in the future. While you wait for the update to be released, be sure to pre-register for the app and make sure you secure a username you’ll be proud of.