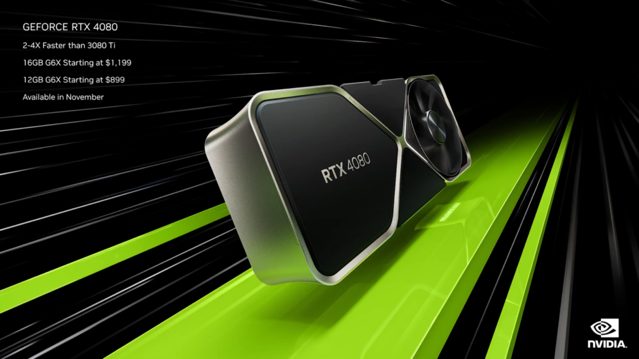 Nvidia on Friday announced it is “pressing the ‘unlaunch’ button” on the RTX 4080 12GB, one of the three “Ada Lovelace” 40-series graphics cards it unveiled last month.

“Having two GPUs with the 4080 designation is confusing,” the company said in a blog post announcing the move, which verged on the edge of satire.

What’s more, the RTX 4080 12GB is on average only 12% faster than the card it was supposedly positioned to succeed, the RTX 3080. That does not look like a generational improvement. Nvidia’s naming scheme for the two RTX 4080 cards was confusing at best and misleading at worst.

In all likelihood, Nvidia will simply rebrand and relaunch the RTX 4080 12GB as a lower-tier RTX 4070 (or similar) down the line.

Nvidia’s top-of-the-line halo card from the 40-series, the RTX 4090, hit shelves earlier this week on October 12.