Have you been holding out to get your hand on an AFC Richmond jersey? 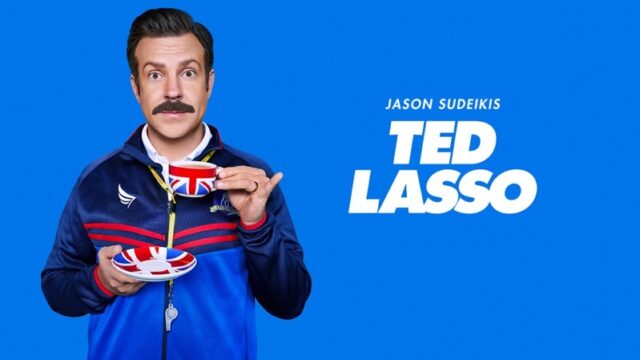 Apple TV+ smash-hit Ted Lasso is finally getting its own official merchandise, and executive producer Bill Lawrence, in an interview on the “Fake Doctors, Real Friends” podcast (via 9to5Mac), has confirmed it will go on sale later this month.

Lawrence says that official Ted Lasso merchandise will go on sale later this month, but notes that official kits (jerseys) for the show, such as Richmond jerseys, won’t come out until September.

The delay is likely due to the fact that the show wasn’t expected to become the sort of phenomenon that it has since its release. The show is easily Apple TV+’s most popular, and the show’s Twitter account has racked up more than 200,000 followers.

Additionally, legal matters like copyright clearance have likely complicated the jersey rollout as the rights to the show are shared amongst NBC, Warner Bros, and Apple.

Unofficially, you can already get your hands on some merch, with some AFC Richmond jerseys showing up on eBay earlier this year that were likely taken from press packages sent to members of the media to promote the show.

The new season of Ted Lasso will debut on Friday, July 23, from Apple:

Apple today unveiled the premiere date and teaser trailer for the highly anticipated second season of comedy sensation “Ted Lasso,” which will make its global debut on Friday, July 23, 2021 on Apple TV+. The broadly acclaimed hit series has already been renewed for a third season ahead of its season two premiere. “Ted Lasso” recently triumphed at the 2021 Critics Choice Awards sweeping every category it was nominated in and securing wins for Best Comedy Series, Best Actor for Jason Sudeikis and Best Supporting Actress for Hannah Waddingham.

Google has joined forces with consumer advocacy group OpenMedia to oppose the Liberal government's controversial Online Streaming Act, also known as Bill C-11. The Liberals tabled Bill C-11 in February as an amendment to the Broadcasting Act. It is designed to give the Canadian Radio-television Telecommunications Commission (CRTC) regulatory authority over online streaming platforms, the...
Nehal Malik
36 seconds ago

Apple Music has just rolled out the ability for artists and bands to personalize their profile page with a custom bio, as well as the option to add their hometown, birth date or year formed, and more (via MacRumors). Following the latest updates, artists can now also quickly add lyrics for their songs on Apple...
Usman Qureshi
10 mins ago

According to a new report by CBC News, Halifax Transit's long-awaited fare-paying smartphone app is expected to go live in December, although people will still be able to use traditional paper bus tickets. The latest release timeline was shared earlier this week by Halifax Transit's manager of technical services Mark Santilli at the municipality's transportation...
Usman Qureshi
23 mins ago