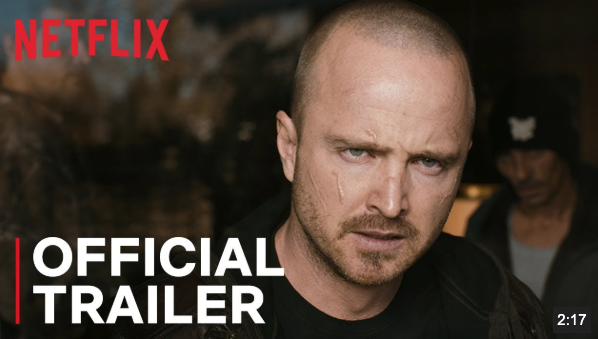 Wind of the upcoming Netflix exclusive, “El Camino: A Breaking Bad Movie” first was released back in August, with the film set to debut on October 11 on the streaming service.

Netflix has uploaded a 2-minute official trailer to its YouTube channel this morning:

Picking up moments after the series finale of Breaking Bad ends, Aaron Paul is back as Jesse Pinkman in El Camino: A Breaking Bad Movie, directed by Vince Gilligan, on Netflix October 11.

Check out the official El Camino trailer below: