According to OneFeather, 15% of the Indigenous population in Canada is not served by a traditional financial institution. With 44% of Indigenous Peoples living on reserve, accessing regular banks and government services is difficult. 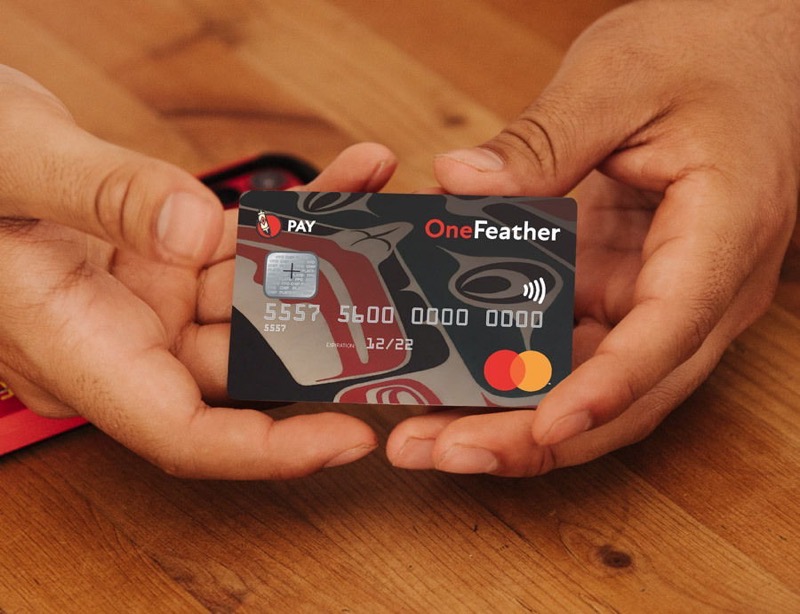 “The launch of OneFeather APP couldn’t come at a better time”, says Lawrence Lewis, CEO and founder of OneFeather, in a statement to iPhone in Canada. “Indigenous communities, families, and young adults living on-reserve have been at a considerable disadvantage with banking accessibility and its associated costs.”

The OneFeather app verifies a user’s identity by submitting a selfie, which allows them to access a reloadable OneFeather Pay card, which can be used where major credit cards are accepted. In the future, the app will support sending of funds between members and also allow Nation bands to send funds as well to members.

There is also an Indigenous-only rewards system called OneFeather Tokens (1FTs), which will can be exchanged for service fees and merchandise in an upcoming Indigenous marketplace. 1FTs can be sent between members and earned by everyone, but only can be redeemed by Indigenous Peoples.

The non-profit OneFeather Box of Treasures Foundation funds 1FTs, allowing the company to give back to Indigenous communities. For every use of the OneFeather Pay card, a contribution is made to the non-profit.

“The real measure of our wealth is not by what we keep, but what we give back,” added Lewis, in a statement. “It is an extension of our culture in the fintech space.”

OneFeather added it is also donating back to the community, specifically helping Maxwell Johnson and his granddaughter, wrongly arrested by Vancouver Police at the Bank of Montreal in January 2020, when trying to open up a bank account. The company will be donating pre-loaded OneFeather Pay cards and 1FTs for a scholarship to Johnson and his granddaughter, in partnership and funding from the Indigenomics Institute and Raven Capital Partners.

The OneFeather app is being developed in partnership with BlocPac International Inc.

OneFeather has served over 195 First Nations and Métis across Canada and their 237,000 plus members.