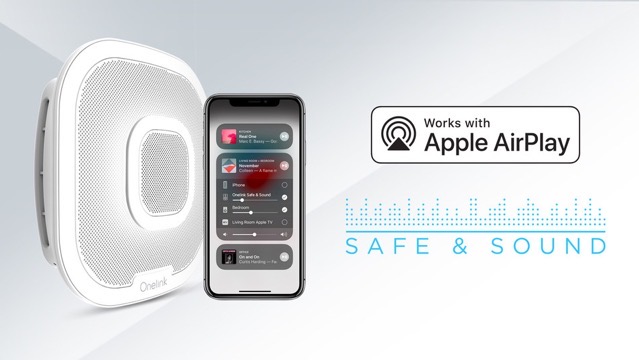 For those who aren’t aware, AirPlay 2 enables a wireless multi-room audio system by allowing users to select where the music is playing in Control Center on an iOS device or by simply asking Siri to play music in a specific room or the whole home.

Apple customers can add Onelink Safe & Sound to the Apple Home app to receive smoke and CO notifications in addition to music control via Siri on iPhone, iPad, HomePod, or Apple Watch.

“While adding to the entertainment features of the Onelink Safe & Sound, we are still providing convenience and peace of mind,” said Tom Russo, vice president of marketing and new product development at First Alert, the most trusted brand in home safety*. “The Onelink Safe & Sound also continues to protect what matters most, a legacy First Alert has fostered for more than 60 years, with premium smoke, fire and CO functionality.”