iFixit Finds Only Apple Can Fully Repair the iPhone 12 Series

When iFixit completed its teardown of the new iPhone 12 last week, it gave it a repairability score of 6 out of 10, suggesting that much like other iPhones, most of its parts can be replaced. However, digging deeper has led them to believe that the iPhone 12 could very well mark the end of the repairable iPhone. 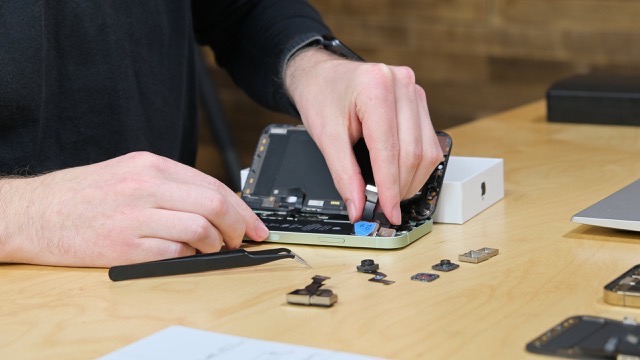 As per Apple’s internal training guides for the iPhone 12, authorized technicians will need to run Apple’s proprietary, cloud-linked System Configuration app to fully repair cameras and screens. Previously, this was only required to properly replace an iPhone battery.

If you replace an iPhone camera or screen by yourself, even though it will continue to work without an official tech’s touch, you will keep seeing on-screen warning that your display or camera might not be “genuine.”

“Given our inability to recreate the issue with the 12 Pro, one might hope that Apple will address iPhone 12 camera swap behavior in a future software update. But taken together with the System Configuration document, and all the other bugs, tricks, and intentional lock-outs that Apple has put in the way of fully functioning iPhones, we take this as a sign that things won’t get any better unless there is major change—from within, from customer demand, or from the law.”

Right to Repair bills in many US states demand that any manufacturer that requires a tool for fixing its products provide that tool to the public, not just its own technicians.

If passed, this law would force Apple to open up its software “configuration” tools to independent fixers.