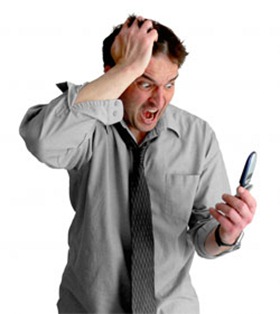 Looks like David Orazietti, the MPP for Sault Ste. Marie, has plans to introduce legislation to protect Ontario wireless users. He has proposed a plan to allow users to cancel contracts at any time with imposed limits on cancellation fees:

“Millions of Ontarians subscribe to wireless phone services and, given the unwillingness of the federal government to protect consumers from costly one-side contracts, we are moving forward with important legislation that reaches the same objectives as those proposed in two bills I previously introduced,”

Currently, Manitoba and Quebec have cellphone legislation in place to protect consumers. WIND has been trying to lobby changes in Ontario over cancellation fees since last year. In January, Rogers introduced revised cancellation fees, and Telus did the same last year.

What do you think? Is legislation required to make cellphone contracts more transparent?

[via the Globe and Mail]

Apple CEO Tim Cook confirmed on Tuesday the company will purchase chips made in the U.S., built at Taiwan Semiconductor Manufacturing Company’s (TSMC) Arizona factory. Cook spoke at an event in Arizona today ahead of President Joe Biden. “And now, thanks to the hard work of so many people, these chips can be proudly stamped […]
Gary Ng
22 mins ago