Alanna Moness, a student from Thornhill, Ontario, who told CTV News how she feared for her life when her Uber driver went over double the speed limit, is furious over the fact that when she called the ride-sharing company to complain, she was only offered an apology and a $5 voucher for her next Uber ride. 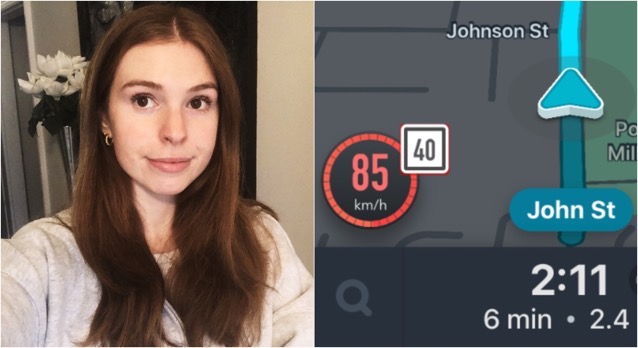 “We took the Don Valley Parkway home, he was weaving in and out of cars going 140 km/h,” said the 23-year-old student. A Waze screenshot taken during Moness’ Uber trip shows the car travelling at 85 km/h in a 40 km/h residential zone in Thornhill. Another screenshot showed the driver going 92 km/h in a 50 km/h zone.

“I am a young woman, I didn’t want to open my mouth, I was by myself,” she said. When Moness got home, she contacted Uber’s emergency line to report what had happened but was surprised by their response.

“They just apologized for the inconvenience and gave me a $5 credit,” she said. “I reached out three times but they said they had already provided the appropriate adjustment.”

Uber spokeswoman further revealed they have now removed the driver’s access to Uber. A police investigation on the report is also underway.