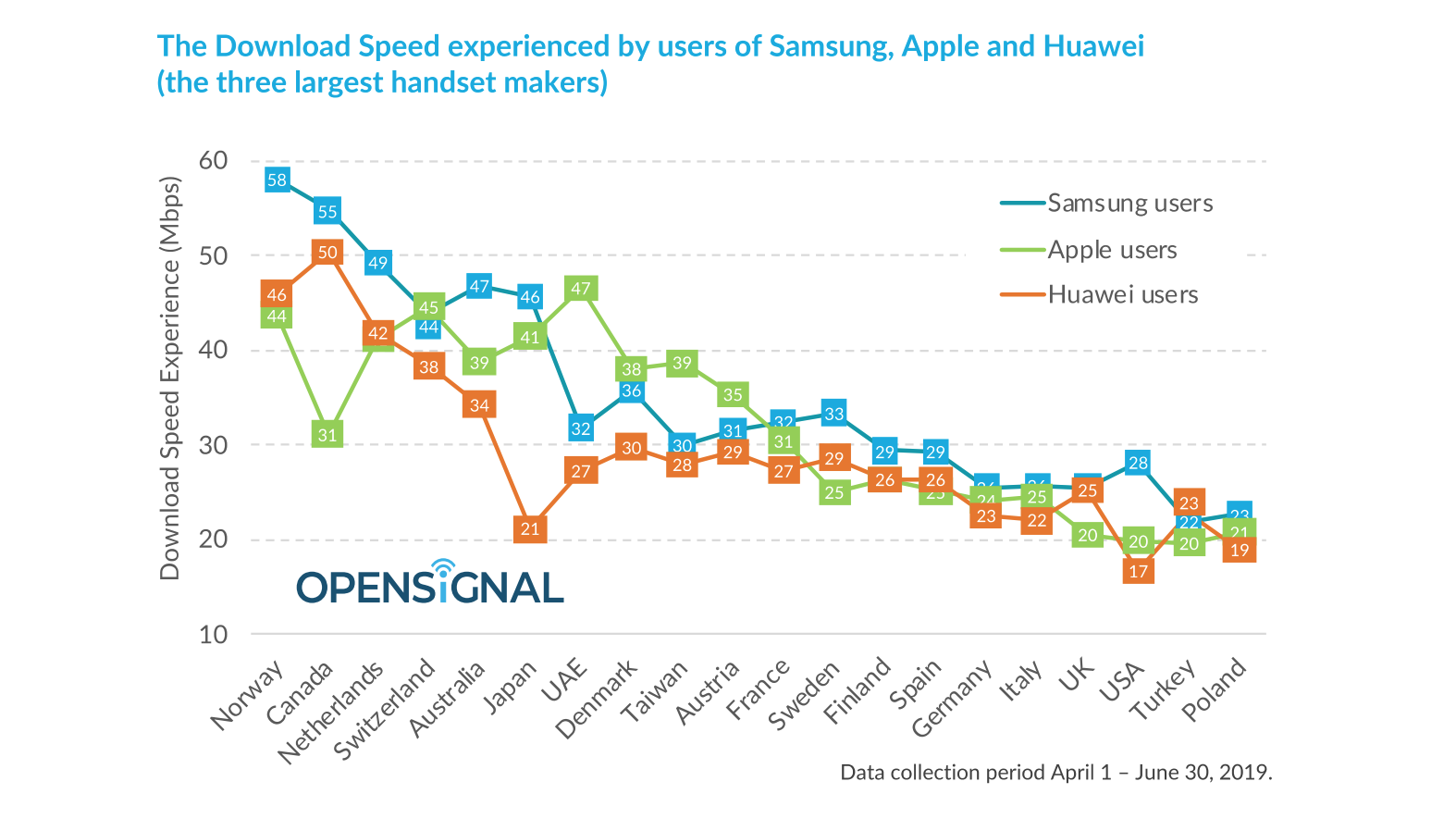 OpenSignal, an independent global standard, analyzed over 23 million devices from across 72 countries from April to June in 2019. One of the main conclusions of the study is that Samsung users experienced the fastest download speeds in almost 40 countries, including Canada.

“Given that Samsung makes a wide range of models from cheap to premium, while Apple only offers premium-priced models, this is an even more impressive result,” OpenSignal notes in its report.

The report showed that in the United States, Samsung users beat out Apple by 8.2 Mbps. However, the gap was even wider in Norway, where Samsung users saw speeds 14 Mbps faster than iPhone users.

Of course, brand isn’t the only thing that dictates smartphone connectivity — higher-end phones generally have better networking technology, and thus can retain faster connections. In as many as 25 countries, high-end smartphones were at least twice as fast as low-end phones.

These results could change significantly over the next few years. As we move into an era of 5G, certain companies, like Qualcomm, are poised to be top players in the modem market.