Check This Out: Hands-On with the ‘Original’ Apple Watch from 1995 [VIDEO]

YouTube channel TLD has posted a video of the ‘original’ Apple Watch, a free wristwatch the company offered to customers as an incentive to upgrade their Macs to System 7.5 (the other choice was Conflict Catcher 3, a start up manager and problem solver software). 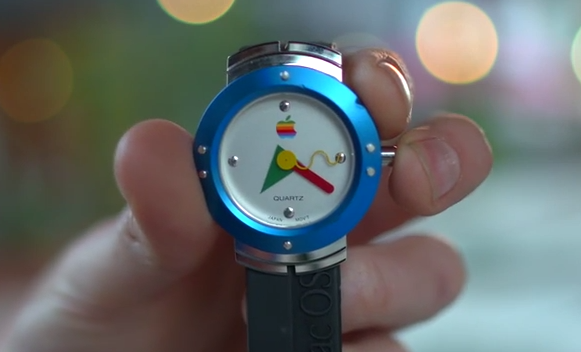 Check out the reaction of some fellow tech YouTubers when TLD founder Jonathan Morrison asks them for their thoughts on the watch (when asked them how old they were in 1995, their answers made me feel really old):

Looking to buy the original Apple Watch? Stock of the timepieces were available from OriginalAppleWatch.com earlier this year, priced at $99-$129 USD, but currently sold out.

As for the Apple Watch announced last fall by CEO Tim Cook, that’s set to debut in the U.S. in “early 2015”, while for Canada the company says it’ll be “available in 2015”.

According to a report from Bloomberg's Mark Gurman, Apple is parting ways with its Vice President of Procurement, Tony Blevins, after the latter was filmed making an inappropriate joke in a viral TikTok video. Blevins was one of Apple's top supply chain executives and one of Tim Cook's most effective cost cutters. Most recently, he worked...
Nehal Malik
10 mins ago