The Huffington Post has a seemingly endless post which documents the origins of Apple’s voice assistant, Siri, before it was acquired by Apple back in 2010. 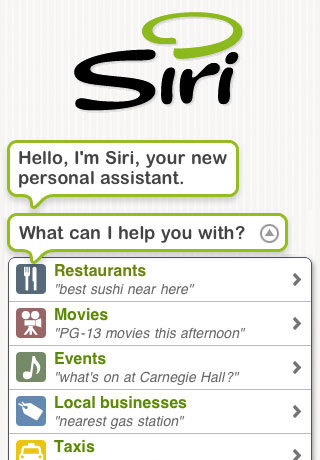 Siri’s former co-founder and chief executive Dag Kittlaus, once again shares details on how he spent time at Steve Jobs’ home to talk about the future of voice engines and subsequently Apple wanting to acquire the company:

Siri’s co-founders spent three hours with Jobs at his Palo Alto home discussing the future of do engines and how people could converse with machines (Jobs loved Siri’s snark). Apple quickly followed up with an interest in acquiring the young company.

“The way that Steve described it, speech recognition — and how to use it to create a speech interface for something like the iPhone — was an area of interest to him and Scott Forstall [then head of Apple’s mobile software] for some time,” recalls Kittlaus. “The story that I’m told is that he thought we’d cracked that paradigm with our simple, conversational interface.”

Moreover, the beginnings of Siri started when the U.S. Defense Department, and its goal to work with non-profit research institute SRI International to build a virtual assistant:

Thirty-five years after HAL’s big screen debut, turning the stuff of science fiction into fact fell to perhaps the only organization with a more outlandish imagination than a Lucas or Spielberg: the Defense Department.

In 2003, the agency’s investment arm, DARPA, tapped the non-profit research institute SRI International to lead a five-year, 500-person effort to build a virtual assistant, one the government hoped might yield software to help military commanders with both information overload and office chores. Although it wasn’t the project’s mission, this helper, the Cognitive Assistant that Learns and Organizes, or CALO, would ultimately provide the inspiration and model for Siri.

The prototype ended up capturing the attention of Dag Kittlaus, general manager at Motorola at the time. Kittlaus soon quit Motorola and later teamed up with SRI colleagues to seed a startup for their virtual assistant. The rest is history. We won’t spoil the entire article, but the in-depth article is quite long so you’ll want to save this one for reading on the weekend. Check it out here.

As much as we want Siri to improve, the feature is still one of the fastest ways to achieve simple tasks such as setting a timer or sending a text message, hands free. How often are you using Siri?