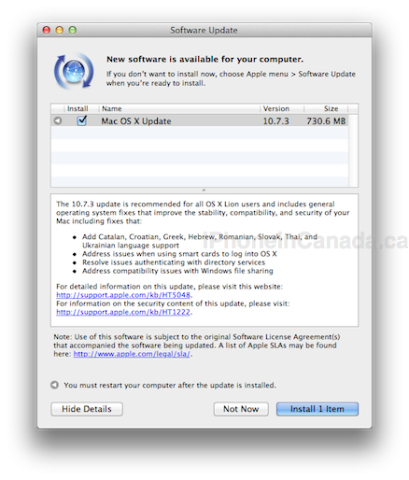 Just a couple days ago Apple released an update to AirPort Utility to look more like the iOS counterpart, and also recently updated Final Cut X.

SaskTel has announced the expansion of its 5G network to a number of rural communities, including the Town of Lumsden. With its hyper-fast data speeds, SaskTel’s 5G network is bringing a new level of wireless connectivity to residents and businesses across Saskatchewan. “Saskatchewan people will continue to benefit from some of the best communications technologies...
Usman Qureshi
31 mins ago