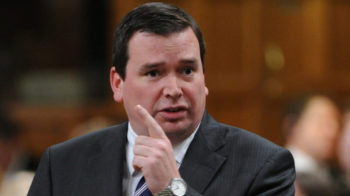 The federal government has made a huge announcement this afternoon, as they have made changes to allow foreign ownership of wireless companies in Canada, with an upcoming change to the Telecommunications Act, as announced by Industry Minister Christian Paradis. This will allow smaller companies gain access to more capital to grow and compete:

The federal government is opening the door to more foreign ownership of wireless companies, a move that would allow non-Canadians to own 100 per cent of firms with a market share of 10 per cent or less.

It says this exemption from foreign investment restrictions would continue even if these companies grow naturally to occupy more than 10 per cent of the market, but would not if these firms get bigger through mergers or takeovers.

As you can expect, this will allow smaller wireless companies such as Mobilicity and Wind have a real chance to take a real bite of the ‘Big 3’s’ wireless share. Mobilicity CEO Stewart Lyons had this to say, which really hit the nail on the head:

“I think the government is committed to breaking up the oligopoly and creating some competition,” Stewart Lyons, Mobilicity’s president and chief operating officer said in an interview. “I mean, it’s a fact we had stuff like system access fees and low usage in this country. It’s a fact that we never had unlimited long-distance plans until now. These things are all objective facts. And how they’re all gone by the wayside now thanks to competition. The government obviously sees that. They see happy consumers, and greater proliferation of technology, and that’s their mandate – that’s their job.”

Ottawa also announced some new measures for the upcoming 700MHz auction set to take place in 2013. Spectrum will not be set aside for new companies as lobbied previously by smaller entrants like Wind, but rather a limit will be put on purchases by the incumbents, effectively reserving 25 percent of prime spectrum for new entrants or providers.

This is a fantastic move made by the Federal Government, as these changes will only benefit consumers. Many are fed up with the endless array of fees and expensive voice and data plans offered by the ‘Big 3’, and the hope is these changes will allow smaller entrants to offer real competition.

What are your thoughts to these new changes?