The Green P Mobile app launched full support for street parking in Toronto ten months ago, and since then, parking tickets issued have plummeted by nearly one-third, according to the Toronto Police Service, reports The Globe and Mail:

Slightly more than 200,000 tickets were issued in the 10 months after street parking was added to the app in October of 2016, according to Toronto Police Service. That represents a 29-per-cent decline from 261,000 tickets in the 10 months prior. The app had been deployed in limited manner with Green P parking lots in March of 2015.

Brian Moniz, parking enforcement supervisor for Toronto Police, said the drop was “most likely due to convenience, no need for change or credit card, the expense reports available for reimbursement on application and e-mail notification when time is due to expire,” adding “There’s much more compliance.”

Tickets have also dropped at lot spaces as well, but the highlight of the app is the increased rate of acceptance, with about 33% of Green P transactions made through the mobile app, which is being applauded as intuitive and easy to use. 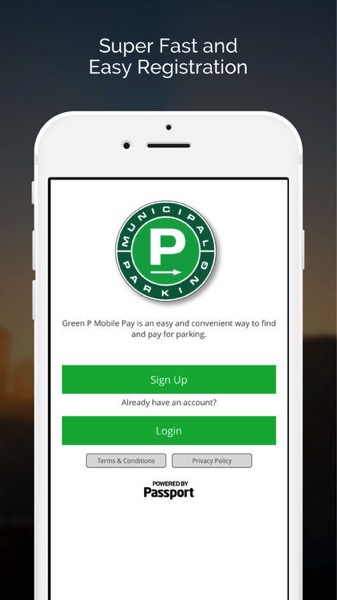 Ian Maher, vice-president of strategic planning and IT for Toronto Parking Authority, said the high rate of acceptance is because “We have a lot of people who are app crazy.”

The decrease in tickets has affected the city’s coffers by 1 per cent, or about $1.5 million, while the increase in payments have not offset lost fine income. But the city is okay with that, as Anthony Fabrizi, manager of revenue services at City of Toronto, says it’s “an excellent trade-off for more compliance.”

In 2018, the Green P app will debut a new feature in Toronto, which will let drivers know parking spot availability estimates in various locations, based on historical data.

The Green P app is developed by North Carolina-based Passport, which also has similar parking apps for Victoria and Vancouver, with Montreal coming next.

Click here to download GreenP for iOS in the App Store. Have you been using the app to pay for your parking in Toronto?