Controversial Social Network Parler Officially Back on the App Store 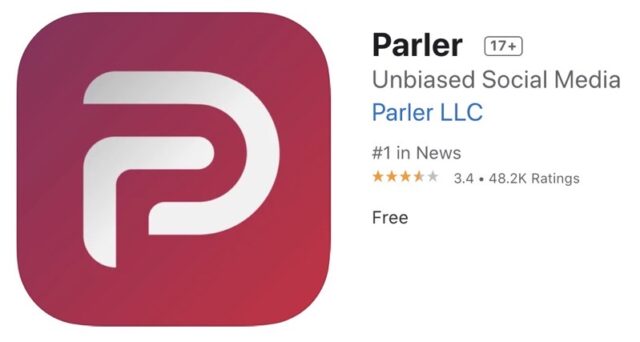 A new report from The Verge explains that the controversial social media company, which has pitched itself as a free speech alternative platform to Facebook and Twitter, was banned after the violent insurrection at the US Capitol in January.

Apple determined at the time that Parler had not done enough to moderate content on the platform encouraging the riot, which resulted in five deaths. The app was also blocked from Google’s store and dropped from Amazon’s web hosting service.

Now, under Apple’s App Store rules, Parler must filter out any “objectionable” user-generated content “that is offensive, insensitive, upsetting, intended to disgust, in exceptionally poor taste, or just plain creepy.”

In a statement on Monday, Parler said: “Adhering to Apple’s requirements, Parler’s iOS app excludes some content that Parler otherwise allows… The company has now added to its process algorithms that automatically detect violent or inciting content, while still preserving user privacy.”

Apple agreed to allow Parler back on its App Store last month after a review of changes made to the platform. The extent of those changes is unclear and neither company immediately responded to inquiries about why the app no longer violates store policies.

“The entire Parler team has worked hard to address Apple’s concerns without compromising our core mission,” Parler interim CEO Mark Meckler said in a statement. “Anything allowed on the Parler network but not in the iOS app will remain accessible through our web-based and Android versions. This is a win-win for Parler, its users, and free speech.”

The website for the social network returned in February, and as of Monday, the app is available again on Apple’s virtual storefront.