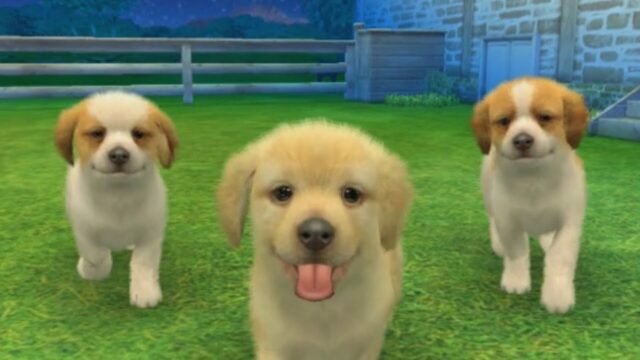 A new patent surrounding Nintendo’s dormant Nintendogs franchise has been discovered, pointing to a possible iOS and Android release.

Nintendo has been strengthening its place in the mobile games ecosystem with the likes of Mario Kart Tour, Fire Emblem Heroes, and most recently, Pikmin Bloom. A new patent was discovered by MyNintendoNews suggesting that Nintendo may be dipping its feet back into the Nintendogs well.

The patent was published on January 17th, 2023 under US 11,557,103. The applicant is unambiguously listed as Nintendo Co., LTD. The patent reveals that Nintendo may be opting to develop a mobile Nintendogs title that utilizes augmented reality (AR) technology.

As seen in the patent, this Nintendogs title may be able to render a virtual dog in the user’s real living room or environment using AR tech on iOS and Android devices. Nintendogs has not been a mainstay for the company for over a decade. This is partially due to Nintendo’s focus on the Switch, which does not have the camera or microphone support the IP typically leans on.

Nintendogs was first published on the DS handheld in 2005. It gained a lot of traction, reaping accolades for Nintendo. The franchise then lived on via Nintendogs + Cats in 2011 on Nintendo 3DS. Across all entries in the series, Nintendo has shipped 23.9 million units.

The call for Nintendogs to make its way to mobile devices has long been gestating. Back in 2018, a viral Tweet from Paris Hilton called for the series to come to the App Store.

We need to get Nintendo Dogs as an app on the App Store! pic.twitter.com/nDmNrDVjFe

What’s curious about this patent is its timing. It’s publishing in a time and space when Nintendo isn’t as active about developing new mobile titles. Between 2016 and 2019, Nintendo launched seven mobile titles all with a respectable player base at the time. However, since that time, Pikmin Bloom is the only non-Pokémon title to hit iOS and Android from the company.

It remains to be seen whether Nintendo will actively release a new Nintendogs title on iOS and Android. However, for fans of the series who have been clamouring for a revival, this may be good news to read.

Next week is the beginning of a new month, so that means yet another list of what’s coming to streaming services such as Amazon’s Prime Video. Below are all the new shows and movies coming to Prime Video Canada in February 2023. Check it out below… February 1 Bodies, Bodies, Bodies The Mummy Schindler’s List […]
Gary Ng
49 mins ago