PayPal Canada first launched here back in 2006 and this year they’re celebrating their tenth anniversary. Cameron Schmidt, general manager of PayPal Canada explained to iPhone in Canada growth of mobile payments continues to rise in Canada, and elsewhere as well.

The company saw 1.4 billion mobile payment transactions in 2015, worth $66 billion, from its 179 million active accounts globally, which see 12 million transactions daily; there are 13 million merchant customers around the world.

As for Canada, our PayPal user base stands at over 6.4 million users, with accounts having increased by 205 percent since 2006. As for Canadian businesses, 250,000 of them use PayPal to sell online.

Below is an infographic PayPal has created to illustrate their milestones over the past decade–click to see a bigger image: 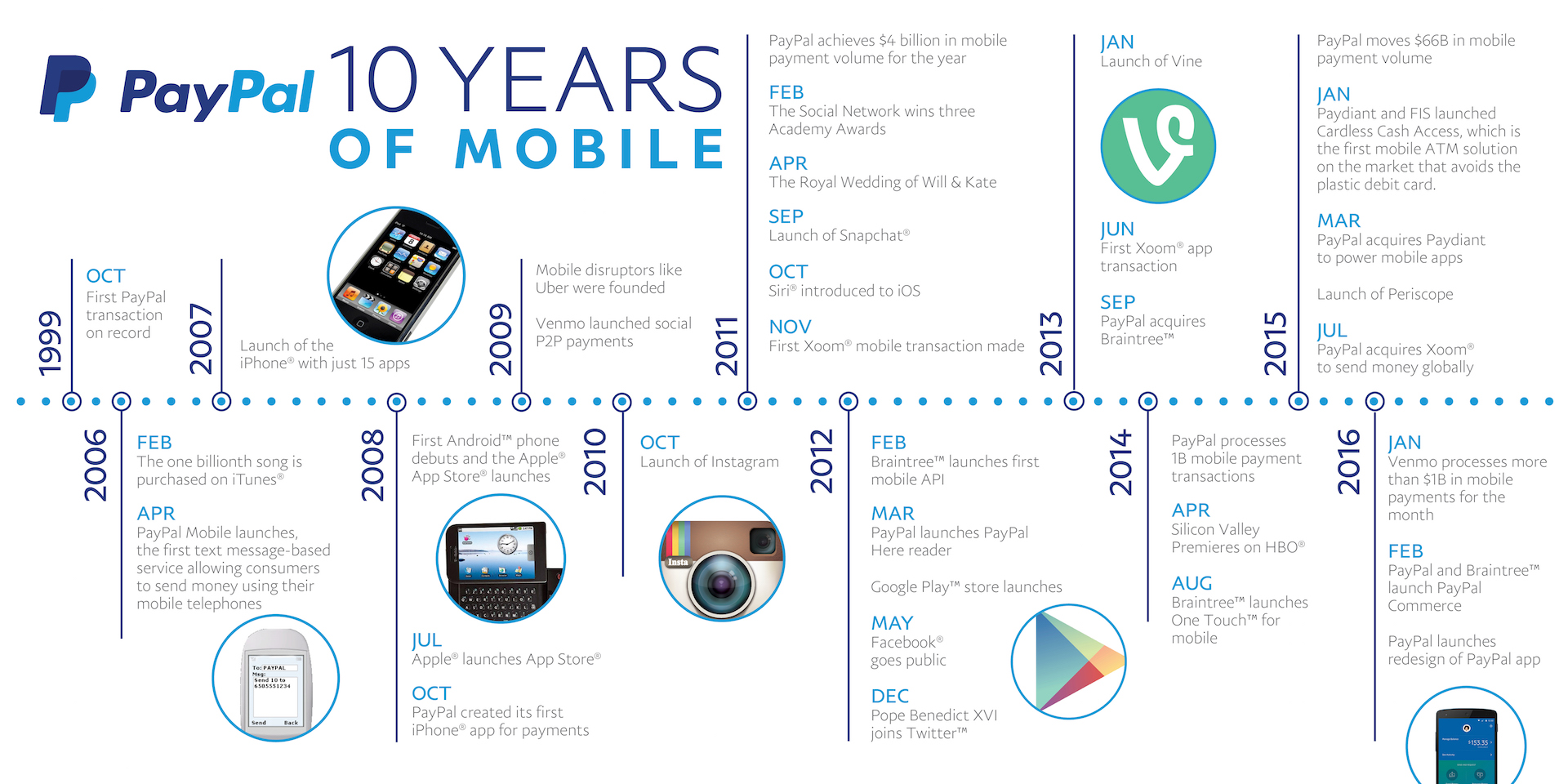 Earlier this year, the company’s iOS app received a brand new redesign, with the company saying in February 65% of Canadians had used PayPal on mobile in the past six months.

PayPal was launched back in 1998, with Elon Musk, the current CEO of Tesla Motors, as one of its founders. Later in 2002, it became a subsidiary of eBay, and only last July did it become its own independent, publicly traded company.