If you can’t hold out for Apple Watch any longer, check out Pebble’s Black Friday sale for 2014, which brings up to 25% off their watches plus free standard shipping to Canada. Here’s what’s available:

We currently use our Pebble daily and it’s great to receive notifications on our wrist, plus the battery life is good enough to last a week. 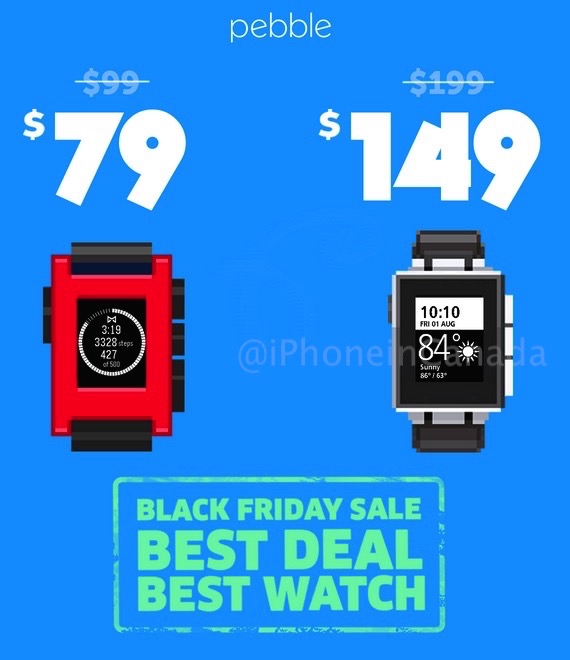 Last year’s Black Friday sale saw the original Pebble sell for $130, so $79 a year later is a pretty decent deal if you’ve been holding out for one.

Click here to jump on the Pebble Black Friday sale.