Yesterday Pebble announced the launch of their new colour e-paper watch Pebble Time on Kickstarter and in just over a day, the crowdfunded campaign has reached over $9.3 million dollars in under 30 hours: 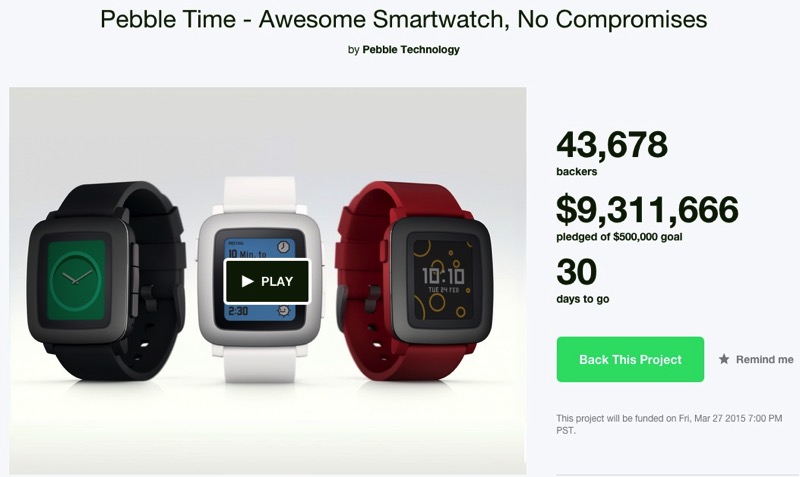 The second generation Pebble sports a colour e-paper display (sourced from a Tokyo company), a new design, a new Timeline feature, all while retaining up to seven days of battery life, set to debut for $199 USD.

Pebble noted yesterday at 10:32AM EST, the project hit $1 million in funding, making it the fastest Kickstarter project to do so in history (the project launched at 9:44AM EST). At 2:26PM EST, the project eclipsed $5 million, surpassing the previous record held by the Coolest Cooler, which hit that milestone in 7 days.

While the Pebble Time may not be for everyone, it’s backed by a Canadian CEO who is taking on the Apple Watch and Android Wear. With a month left to go, this project surely will break more Kickstarter records.

Click here to check out the Pebble Time on Kickstarter.