Last week Pebble teased on their website a big announcement was coming Tuesday and they didn’t disappoint. Today they launched their second generation smart watch known as Pebble Time, which features a new colour e-paper display.

Pebble’s Canadian founder Eric Migicovsky and his team launched the watch on Kickstarter again, and as of writing it has already surpassed $3.3 million and counting in under two hours. 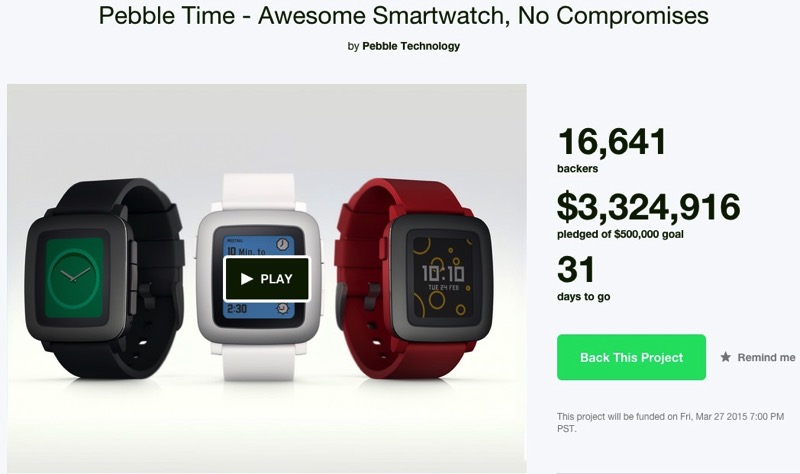 Pebble Time comes with a new timeline interface along with a new always-on colour e-paper display (sourced from an unnamed supplier in Tokyo) and a microphone to respond to notifications.

Regarding the new display, Migicovsky told Medium it won’t break records for pixel counts, “but it does what it has to do to be on a smart watch. It’s color, it’s always on and it uses, for all intents and purposes, the exact same power as our black-and-white display.”

Battery life is pegged at 7 days and the starting price for the watch will be $199, but it is available for cheaper on Kickstarter. Pebble Time will start shipping in May, available in three colours. 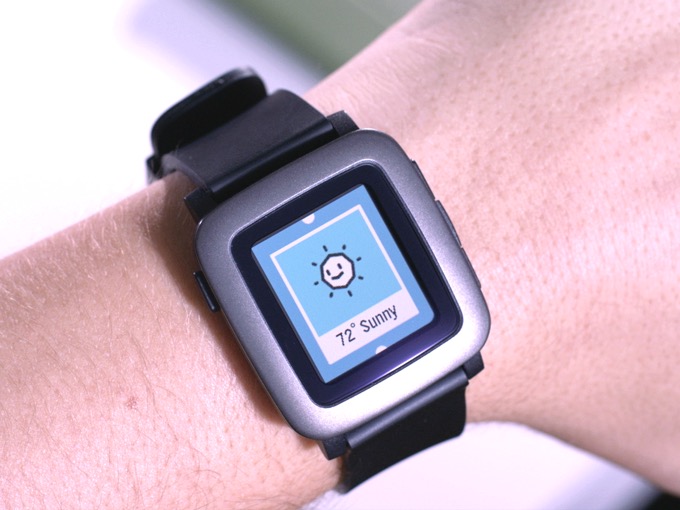 Pebble says the microphone and voice replies for iOS users at launch will only work for Gmail notifications, with more app support to come.

This has already raised a tonne of money in just a couple hours as it’s targeting a sub-$199 smart watch market. Not everybody has an iPhone or wants to drop $349 USD on the Apple Watch. It’ll be interesting to see how much money they’ll raise again. I suspect more records will be broken.

Click here to check out the new Pebble Time on Kickstarter (it has already hit $3.5 million). Are you going to buy the Pebble Time?