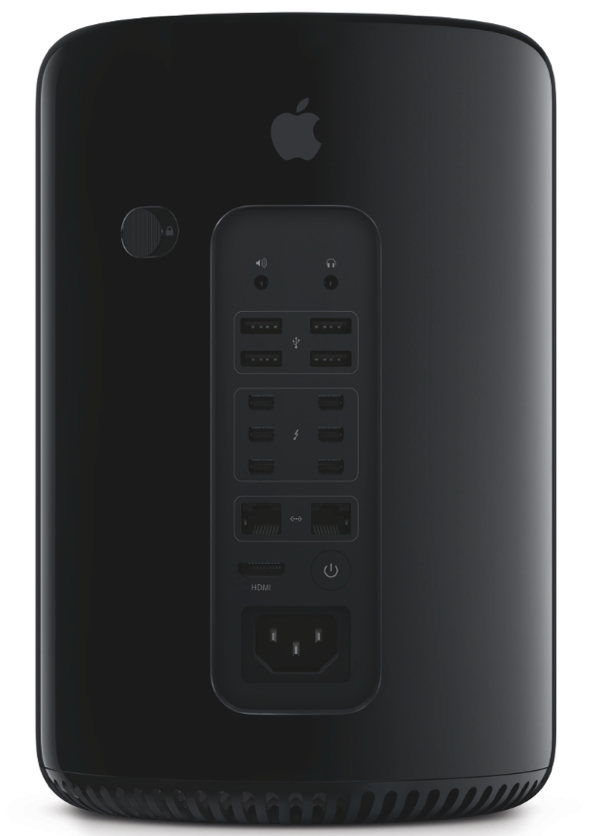 Reviewers have had their hand on the new Mac Pro for more than a day now, and the first impressions of its performance are impressive.

The team at FCP.co also found the Mac Pro can post full 4K video with multiple colour corrections, effects, and transitions, all playing in real time. The Mac Pro can play back 16 simultaneous streams of 4K video.

FCP.co gives their thoughts on the Mac Pro’s overall performance:

I can quite honestly say that, despite working with these huge file sizes and frame sizes, the editing experience has been silky smooth. Skimming, playback, shuttling, jogging and trimming are all responsive. In fact, editing 4K on the Mac Pro feels like editing HD on my current MacBook Pro – except I can see large numbers for the frame sizes where normally I’d expect to see the reassuringly familiar “1920×1080″.

I started slowly, adding a simple Dry Heat look. That played back in real time, no dropped frames. How about a Gaussian Blur? That’s usually a bit more intensive, especially with the huge numbers of pixels we’re dealing with here. No dropped frames. Nice. How about a Gaussian blur with a Bleach Bypass look? Still in real time… ok, let’s get serious…

And so it went on… Multiple colour corrections, effects, transitions. This thing keeps playing back! In fact at one point I took a RED RAW 4K clip into a 4K project and just started working through the list of video effects (many of which are 4K ready). Watch the result for yourself.

Macworld released GeekBench scores for the new 8-core 3.0GHz model with single and multi-core scores of 3599 and 25997. This shows a slight improvement over the scores of 3349 and 24429 released back in September.

Both Macworld and FCP.co mentioned a gentle but notable current of warm air rising from the machine, but that the Mac Pro’s fan was barely noticeable. If something is placed on top of the machine’s vent hole, like a book, the Mac Pro will shut itself off before any damage can occur.

Not many people would be able to take advantage of what the Mac Pro is capable of, but who wouldn’t want one? If you can afford it, of course.

The new Mac Pro is now available for order, however shipments have been pushed into the new year due to high demand for the new device. Yesterday an Apple spokesperson said, “Demand for the all new Mac Pro is great and it will take time before supply catches up with demand.”