Periscope has announced today a new feature for Twitter for iOS users: integrated Periscope live broadcasts right into timelines. You don’t even need a Periscope account or app to view videos:

Since launch, there have been over 100 million broadcasts created on Periscope. Whenever a broadcast is shared on Twitter, you tap the link to open the Periscope app. Today, we’re replacing those links with the broadcast itself, autoplaying right within the Tweet. And when you tap the video, it goes full-screen and shows Periscope comments and hearts from other viewers. You don’t need the Periscope app or even a Periscope account. 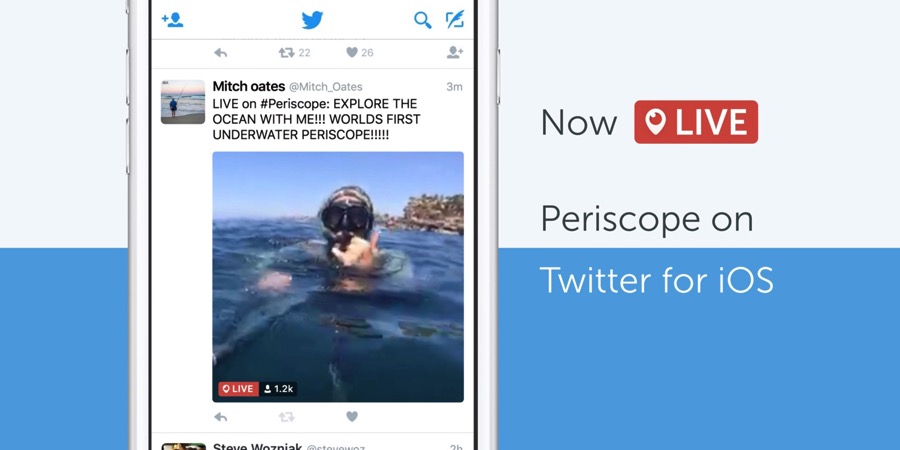 Twitter says there have been over 100 million broadcasts since the launch of Periscope last March.

The company says the integration will roll out in the next few days within Twitter for iOS. For Twitter users on the web and Android, the same features will come soon once they’re ready.

The Dyson V12 Detect Slim makes some significant quality of life improvements while not compromising on power. I’ve been using Dyson vacuums for the better part of three years. Across many of its previous cordless devices, I’ve been thoroughly impressed. Dyson typically delivers when it comes to power and suction. Plus, I’ve often found battery...
Steve Vegvari
60 mins ago