According to a blog post by former Lifehacker editor Adam Pash, Apple has acknowledged that it is aware of the problem of lost iMessages for select users when they switch from an iPhone to another device. Adam, whose iPhone was affected by this message delivery glitch as well, says that Apple’s engineering team is working on fixing the bug but is “apparently clueless as to how to fix it”. 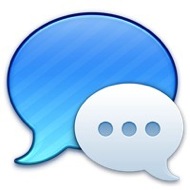 Adam shares how he recently switched from an iPhone to Android and discovered that his phone number was still associated with iMessage. “Any time someone with an iPhone tried texting me, I’d receive nothing, and they’d get a “Delivered” receipt in their Messages app”, he writes. When he called up Apple tech support, he was walked through various steps which did not solve the problem and after 10 minutes, his tech support person said she needed to call him back.

I hung up; she called me back, then explained:

In the meantime, Apple has completely hijacked my text messaging and my phone number portability (portability between devices, not networks). No one can fix this but Apple because it’s a problem at the device level, which means people in my position have no recourse but to wait for Apple to figure out what the problem is.

For those wondering, here are most of the supposed solutions Adam has tried with no success. If you’ve faced this problem when switching to an Android device and somehow got it resolved, please do share with us in the comments section.