Last year, Adobe had announced that it was bringing full-fledged Photoshop CC to the iPad in 2019. Since then, the company has been mum about the app, though it did start accepting beta applications for it in May this year. 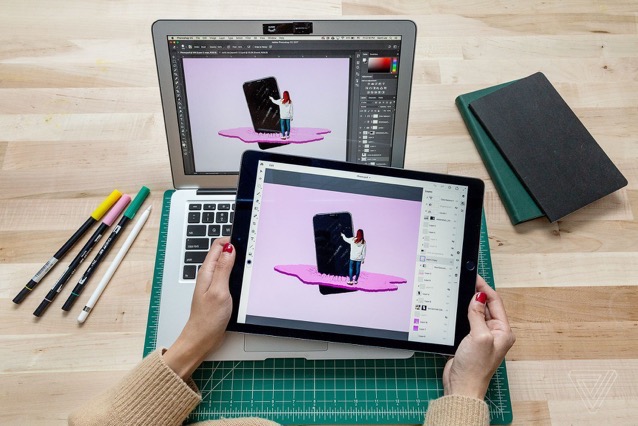 Now, according to a new report from Bloomberg, Photoshop for iPad is still coming this year. But things might be missing.

Adobe has reportedly been testing Photoshop with a small group of people for some time and they continue to put the app through its paces. But the Bloombberg report says that some of those testers have expressed concerns that some features are missing or feature limitations at the moment. Filters and RAW editing are two examples, with layer styles also not quite where they should be.

“Feature-wise, it feels like a beefed-up cloud-based version of their existing iPad apps and not ‘real Photoshop’ as advertised,” said someone beta-testing the software, who declined to be named talking about an unreleased app. “I understand it is based on desktop Photoshop code, but it doesn’t feel like it right now.”

Other testers of the app have called it “rudimentary” and said that it’s currently inferior to other apps like Procreate and Affinity on the iPad.

Scott Belsky, chief product officer of Adobe’s Creative Cloud division, said that the company is working on a lot of features with Apple and they will be “coming in hot” before launch. He also said that it was impossible to launch Photoshop CC on the iPad with all the features found on the desktop app which has accumulated over 25 years.

“Launching every single feature that was accumulated over 25 years on the iPad on day one would not best serve our customers and the needs they have,” said Belsky. Usage on a desktop and an iPad isn’t “apples to apples,” he said, and Adobe “will definitely expand the capabilities” of Photoshop on iPad over time.

Today’s report from Bloomberg is the first time Adobe has publicly spoken about timescales for the big release, and the news that it is still coming in 2019 will be music to the ears of image editing and creation fans everywhere.