Leaked Google Pixel 5a renders shed light on some of the smartphone’s design aspects, screen size, and more. 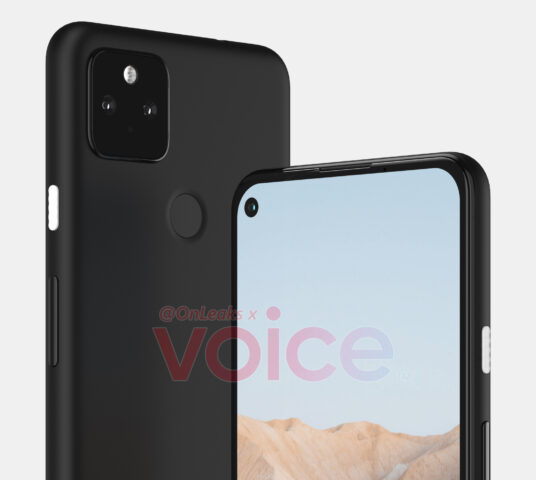 Veteran leaker OnLeaks has obtained some Google Pixel 5a renders, and it looks nearly identical to its predecessor, complete with the same screen size, selfie camera placement, camera layout and rear-mounted fingerprint scanner location (via Voice).

On the front, it’s said to feature a flat 6.2-inch OLED panel with slim side bezels and a hole-punch for the front-camera module. We don’t know whether the display will offer a high-refresh-rate or max out at 60Hz like the Pixel 4a 5G.

Moving to the back, we can see a square camera module, a fingerprint reader, and a Google logo. According to Steve, the dual-camera setup is unchanged from the Pixel 4a 5G and Pixel 5, meaning Google could once again stick with the same image sensors.

It’s a little too early to predict when the Google Pixel 5a will be announced, especially as the Pixel 4a was only revealed in August 2020, so it’s not been around long.

There have been a couple of suggestions that we might see the Pixel 5a at Google I/O in May 2021, though it’s not clear if that event will go ahead at the moment. Google I/O was cancelled in 2020 due to the global pandemic, which was when the Pixel 4a was initially expected to be revealed.