With YouTuber Tyler Stalman sharing a video comparison of the iPhone 14 Pro and the Pixel 7 Pro cameras earlier today, we now have another video comparing the Galaxy S22 Ultra’s camera with the two flagship models. 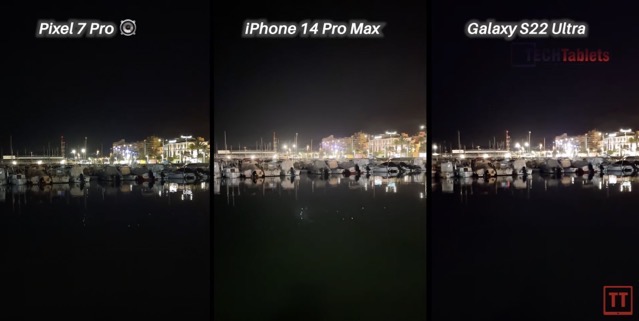 The new video, published by YouTube channel TechTablets, pits the cameras of Google’s Pixel 7 Pro, Apple’s iPhone 14 Pro, and Samsung’s Galaxy S22 Ultra against each other in a detailed camera shootout.

The following tests were performed to compare the cameras:

Check out the video for a side-by-side comparison of video quality, cinematic modes, ultrawide, zoom audio, day stills, night video, and night shots of the three flagship smartphone cameras, and find out which one is the best.

Geekbench scores allegedly belonging to Apple's upcoming "M2 Max" chip were recently spotted and shared online by known Apple tipster ShrimpAppePro (@VNchocoTaco), giving us a hint at the kind of performance we can expect from the next iteration of Apple Silicon (via MacRumors). Apple is expected to release a pair of higher-end M2 chips in...
Nehal Malik
25 mins ago