Earlier today, we shared a video comparing performance benchmarks of Google’s recently launched flagship phone, the Pixel 7 Pro, against the iPhone 14 Plus from Apple, and now, we have another Pixel 7 Pro comparison to share. 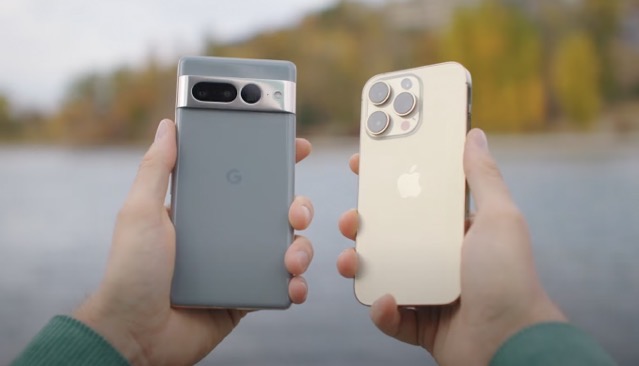 YouTuber Tyler Stalman has shared a new video comparing the cameras of the iPhone 14 Pro and the Pixel 7 Pro flagship devices.

The Pixel 7 Pro features an upgraded 50MP primary camera, a 12MP ultrawide shooter, and a 48MP telephoto lens that will feature 5x optical zoom. Pixel 7 Pro’s “pro-level zoom” also makes for the “highest quality zoom on a Pixel ever.”

As to how well it fares against the industry-leading optics of the iPhone 14 Pro, check out the following video to find out and don’t forget to share your thoughts with us in the comments section.

Geekbench scores allegedly belonging to Apple's upcoming "M2 Max" chip were recently spotted and shared online by known Apple tipster ShrimpAppePro (@VNchocoTaco), giving us a hint at the kind of performance we can expect from the next iteration of Apple Silicon (via MacRumors). Apple is expected to release a pair of higher-end M2 chips in...
Nehal Malik
38 mins ago