Plants Vs. Zombies 2 Launches As Free Download For iOS On July 18 [VIDEO] 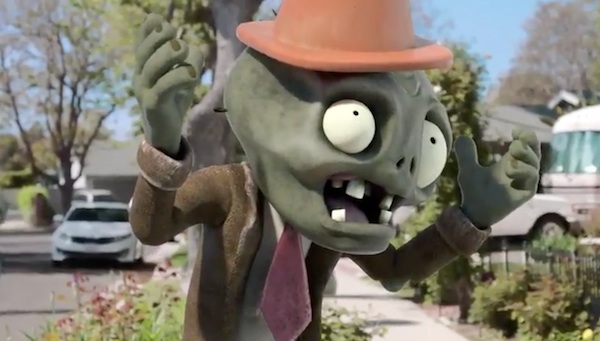 If I were to name my one favourite iOS game of all time, I’d say ‘Plants Vs. Zombies’. Which is why, I couldn’t be more delighted to share the news of my favourite game’s upcoming sequel i.e Plants Vs. Zombies 2: It’s About Time. As a cherry on top, PopCap has announced that the game will be available as a free download on iOS, and will hit the App Store on July 18th.

According to the press release, the sequel to Plants vs. Zombies will be previewed by invitation only at E3 in Los Angeles next week and will launch worldwide on July 18 exclusively for iPhone, iPod touch and iPad. The developers say that the vast majority of the game will be entirely free to play. Players will be able to face every zombie and access every level in every world at no cost. However, Plants vs. Zombies 2 will offer in-app purchases of upgrades and other in-game items.

“Designed from the ground up as a live service, the ever-expanding universe of Plants vs. Zombies 2 continues the epic struggle of plants defending your brainz against zombies from your backyard through the vast reaches of time, both past and future. New worlds with new levels, plants, zombies and new ways to play will be released on an ongoing basis. Leveraging the touch interface of Apple’s popular mobile devices, Plants vs. Zombies 2 includes all-new touch-screen power-ups that enable players to “break the fourth wall” and interact with zombies directly, as well as via plant defenses.

Also returning for the sequel is Crazy Dave, the addled neighbor who serves as a guide for players and shopkeeper for special plant upgrades and other tools and weapons”.

I don’t know about you guys, but I’m pretty excited to see the Plants Vs. Zombies 2 trailer: