Mini retro versions of gaming consoles are all the rage, and following a move from Nintendo, Sony has launched pre-orders of their PlayStation Classic console—announced yesterday—in Canada. 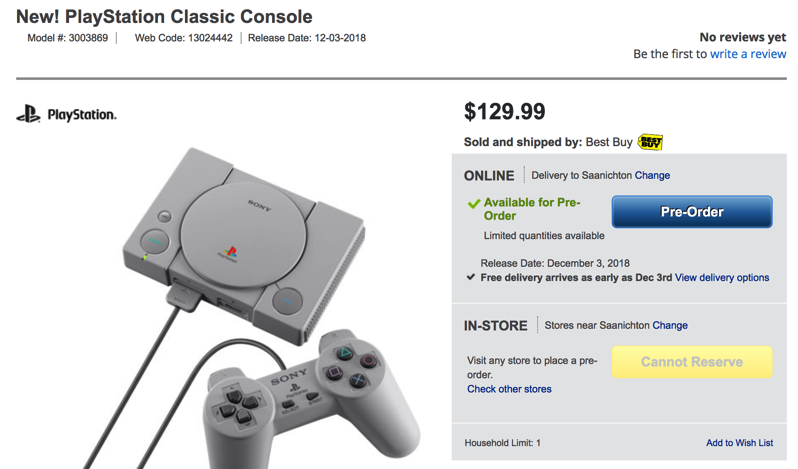 The Sony PlayStation classic is priced at $129 Canadian dollars and will be released on December 3, 2018. The console comes pre-loaded with 20 games, including classics such as: Tekken 3, Final Fantasy Vll, Jumping Flash, Ridge Racer Type 4, and Wild Arms.

The main console is 45% smaller than the original PlayStation and includes two wired controllers, a virtual memory card and HDMI cable. Oddly enough, no AC adapter is included.

Right now, the following Canadian retailers are offering up Sony PlayStation Classic pre-orders (with limits of one per customer):