Following the wild success of Nintendo’s smash-hit augmented reality game Pokémon Go, a new dating service called PokéDates has been launched to help Pokémon Go players find their soulmates while catching Pokémon (via Tech Insider). All you need to do is sign up on this website, answer a few questions about what you’re looking for in a partner and then fill in a schedule of when you’re free to go catching for Pokémon. 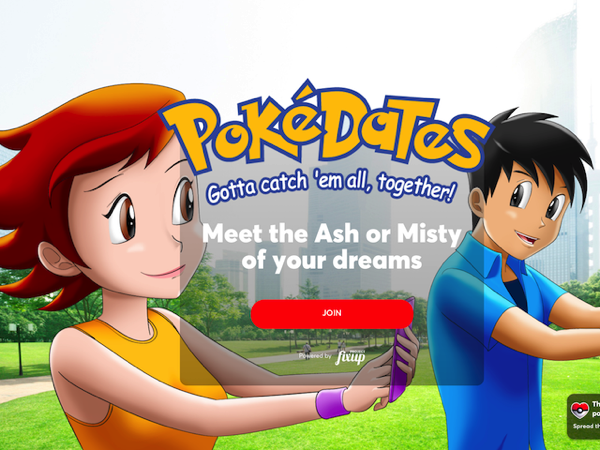 The dating service helps single Pokémon Go players in meeting up with each other at a prearranged “PokéStop or “PokéGym” before exploring their city for Pikachus, Squirtles, and the elusive Mewtwo. PokéDates pairs up the applicants, and sends both parties a time and location to meet up and start playing Pokémon Go. As soon as a date has been arranged, members are emailed a paragraph about their “PokéMatch”. The service however is not free, and charges $20 per date.

PokéDates has been created by US dating company Project Fixup, which describes itself as an offline dating startup and claims to have arranged thousands of “fixups” since launching in Chicago in 2012. “As soon as Pokemon Go launched, we knew it was a perfect fit for our users; Pokemon Go enthusiasts and new members alike,” said Sarah Press, Project Fixup CEO cofounder, in a statement.

“We hope PokéDates will bring singles together to experience the joy of the game and explore their city while getting to know one another.”

PokéDates is currently only available in the U.S., but is expected to roll out in Canada and other parts of the world soon as well.